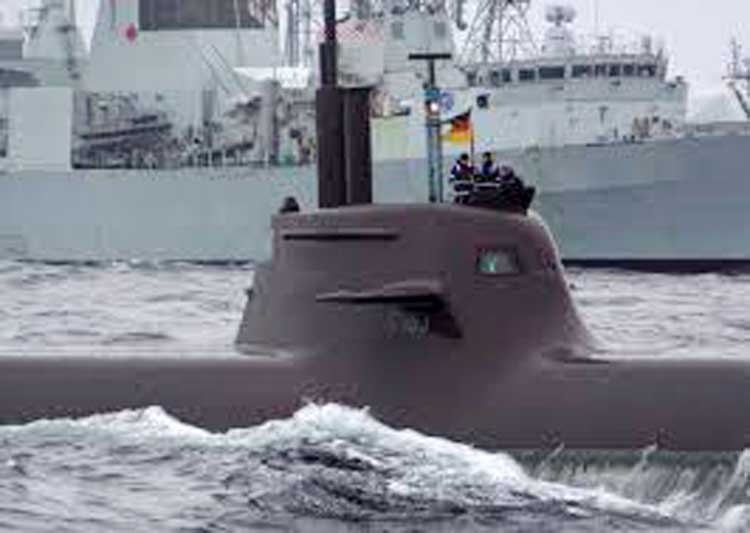 A German submarine participates in NATO's Dynamic Mongoose anti-submarine exercise in the North Sea off the coast of Norway May 4, 2015. -Reuters
Angela Merkel's government said on Wednesday it would restrict tenders for the procurement of sensitive weapon systems to German companies, a protectionist measure by a chancellor who has come out strongly against such barriers.
In a strategy paper that takes effect immediately, the government said it would extend the remit of existing rules to include naval vessels and electronic warfare technologies. Until now, the government had only limited tenders for submarines to German defense companies. The expanded strategy is partly designed to make the local defense sector more competitive.
The draft stipulates that, if German defense contractors fail to meet the requirements of the German armed forces, tenders will be opened to rivals from the European Union. "We want to sustain and support the development of core defense capabilities that are of strategic relevance in German as well as in the EU," said Economy Minister Peter Altmaier.
On Tuesday, lawmakers from German Chancellor Angela Merkel's ruling conservatives backed a proposal to restrict foreign vendors of 5G mobile network technology, sources said, to address the concerns of critics who see the market leader, China's Huawei, as a threat to national security.
Under pressure from US President Donald Trump, Germany plans to reach a defense spending allocation agreed by the NATO military alliance belatedly in 2031, missing a 2024 target. NATO leaders agreed in 2014, after Russia's annexation of Ukraine's Crimean peninsula, to spend the equivalent of 2% of their economic output on defense by 2024.
Only seven NATO countries currently meet or exceed that target - the United States, Britain, Greece, Poland and the three Baltic states - Latvia, Lithuania and Estonia.
--Reuters, Berlin