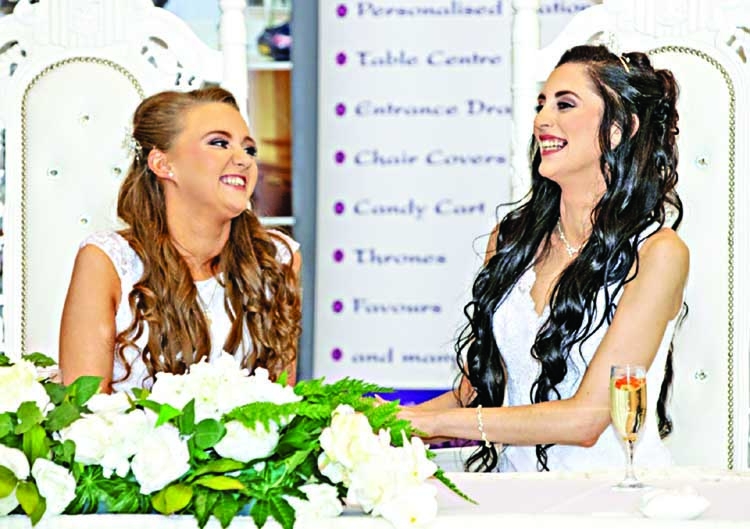 The law change brings the province into line with the rest of the UK. -AFP
A Belfast couple on Tuesday made history by becoming the first same-sex couple to get married in Northern Ireland, following a landmark change in the law last year.
Robyn Peoples, 26, and Sharni Edwards, 27, tied the knot in an afternoon ceremony in a hotel in Carrickfergus, near Belfast, after the new legislation came into effect on Monday.  The legal change followed campaigning by Amnesty International and partner organisations in the "Love Equality" coalition, which hailed it as "a landmark moment for equality in Northern Ireland".
"We are literally living the dream, it's incredible," Edwards, a waitress from Brighton on the British mainland, told the domestic Press Association news agency shortly after the service. "We didn't expect to be the first couple, it's coincidental."
---AFP, Ireland