Obligation on all to ensure political stability: Irish PM 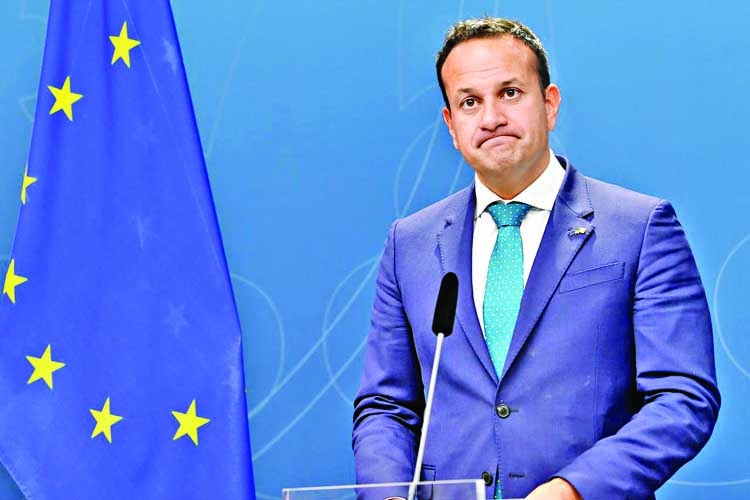 Irish Prime Minister Leo Varadkar, whose Fine Gael party came a narrow third in national elections at the weekend, said that while the poll had transformed politics, there was an obligation on all parties to deliver political stability.
The left-wing Sinn Fein Irish nationalist party surprisingly secured the most votes, marginally ahead of the center-right Fianna Fail and Fine Gael, with weeks of negotiations likely needed to cobble together a majority in a fractured parliament.
Varadkar, whose party has strongly ruled out governing with Sinn Fein, told a banking conference on Wednesday that while the political center in Ireland was diminished at the election, "it has held".
Speaking on Irish broadcaster RTÉ on Tuesday evening, Mr Doherty said the conversation with "like-minded parties" - the Labour Party, Green Party, Social Democrats and Solidarity People Before Profit - had already begun and would continue on Wednesday. "We gave a commitment we would talk to everybody because this is grown-up politics," he said.
"We need to sit down, we need to find out if we can find common ground. "This is about dealing with crises we have in peoples' pockets, in housing and health."
However, even if Sinn Féin secure the support of the Green Party, Labour Party, Social Democrats and Solidarity People Before Profit, it would only amount to 66 seats - still short of the majority required to form a government. If the party then had to then seek support from Independent Dáil members, all with competing demands, it would further complicate the task of forming a stable government.
During the election campaign, Fianna Fáil and the incumbent ruling party, Fine Gael, both said they would not go into coalition with Sinn Féin. They said this was due to policy differences and Sinn Féin's past links with the IRA.
On Sunday, Fianna Fáil leader Micheál Martin did not rule out working with Sinn Féin but said "significant incompatibilities" still existed.
However, speaking to RTÉ on Tuesday evening, Fianna Fáil TD Jim O'Callaghan said his party's position was clear. "The position of Fianna Fáil remains the position as it was before the general election," he said.
"We told people we wouldn't go in with Sinn Féin into government and we aren't going to do that."
Sinn Féin won 24.5% of all first preference votes in the proportional representation (PR) election, compared to 22.2% for Fianna Fáil and 20.9% for Fine Gael.
--Reuters, Dublin