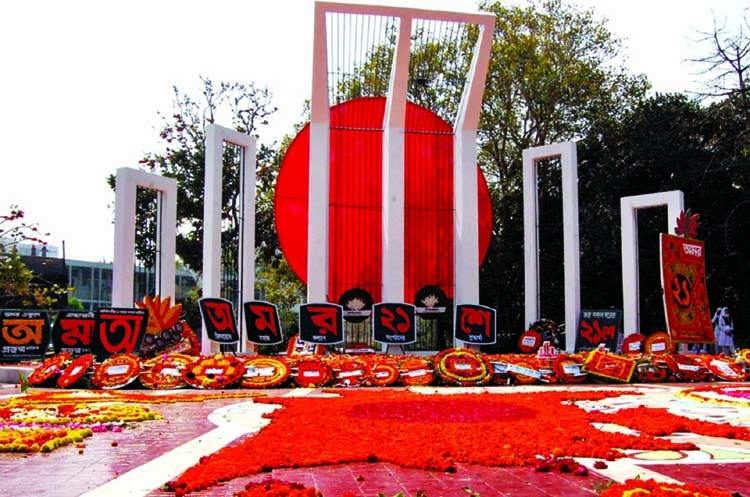 Amar Ekushey is around the corner. This day on 21 February is commemorated wholeheartedly all over Bangladesh and it has an impact also on the Indian states of West Bengal and Tripura.
Scholars of Amar Ekushey infer that the day pertains mainly to Bangladesh but in the both the above mentioned Indian states the impact of Amar Ekushey is deeply impacted upon those who migrated to India in the aftermath of partition. My introspection here about Amar Ekushey is made purely from the Indian perspective.
Most of us are well aware that the day is also referred to as International Mother Language Day. It was way back in 1999 when the United Nations, by dint of plebiscite, decided to name the day International Mother Language Day. The naming of the day has been quite significant. Most Indians of the present generation have the tendency to shun their mother language. The present generation must pay due reverence towards their mother language otherwise their position in this world will seem ambiguous.
The proclivity towards one's language depends to a greater extent upon the family. For some Bengali families staying outside Kolkata or even outside India, a kind of passion is generated for the Bengali language and that seems remarkable. The same passion is generated among people of other languages of India as well as that of other parts of the globe.
India is a vast nation with population of around 1.32 billion. All around the country there are around 29 states and 9 union territories. Bengali is spoken only in the Indian state of West Bengal and Tripura. But for professional and other purposes, there are a good number of Bengalis who dwell in different parts of India and rest of the globe.
Now coming to the point of Amar Ekushey, we find that only old-timers, especially those who migrated to India from the East Bengal (later East Pakistan) sincerely feel the pulse of Amar Ekushey or International Mother Language Day. Also those who are involved into writing and cultural activities also dearly feel the importance of Amar Ekushey.
The noble sacrifice by the valiant Rafiq, Salam, Jabbar, Barkat and Shafiq ultimately spearheaded the birth of the one and only Bengali nation in the history of global politics, the Peoples Republic of Bangladesh. This sparked off electrifying nationalist sentiment in the hearts of Bengalis nationally and globally.
On account of Amar Ekushey the richness of Bengali language and literature could be preserved for future generations. Amar Ekushey has been commemorated for 66 years and International Mother Language for 19 years, but sorrowfully speaking it has not gained the momentum among Bengalis of India.
It is interesting to note that the Bengalis who are based in different European and American countries have tremendous inclination towards their mother language Bengali and other mother languages of India. The roles of Dr Naba Kumar Basu, Dr Aloke Ranjan Das Gupta, Golam Murshid, etc are prominent indicators in this regard. All the above mentioned scholars despite being residents of UK and Germany still cultivate Bengali from the core of their heart, which is praiseworthy.
Now coming to urban Kolkata, we find due to excessive mushrooming of English medium schools, there has been gross neglect of the Bengali language by Bengalis, with more importance given to English language. Exceptional situations are also found where the parents motivate their wards to study more Bengalis along with English.
In suburban Bengal we find that the importance of Bengali is more as compared to English. Though they score higher marks in the WB Board examinations in comparison to their urban counterparts, they perform at low key rates in terms of getting jobs as their knowledge of English is poor. The same is also noticeable in Tripura and other parts of India.
There are various advantages regarding the impact of Amar Ekushey for the Bengali language in certain Indian states.
*    It helps to develop the mother language Bengali.
*    It helps an individual feel proud about our language.
*    It helps to develop sharp and incisive Bengali language and literature.
*    It motivates to develop interest about Tagore, his literature and music.
*    It helps an understanding about creations by notable writers of Bengali literature of both India and Bangladesh.
It is clear that we cannot expect to have impact of Amar Ekushey in India like that of Bangladesh. To have the impact of Amar Ekushey in India is a long drawn out process which should begin from now onwards.