A litmus test for Pakistan's 'zero-tolerance' policy on militancy 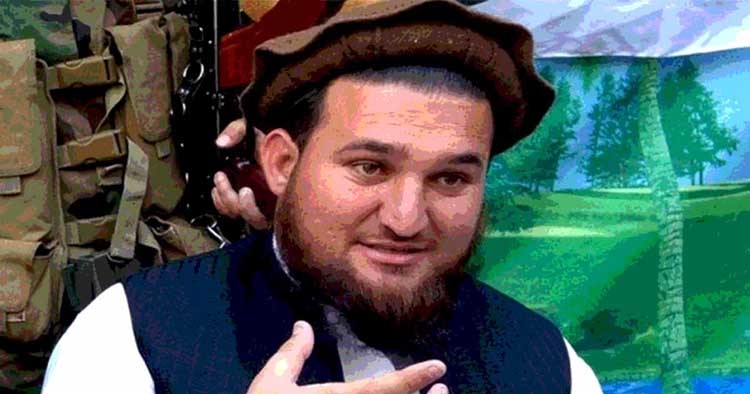 Former Pakistani Taliban spokesman Ehsanullah Ehsan
The recent escape of reviled former Pakistani Taliban spokesman Ehsanullah Ehsan from the custody of state security agencies has resurrected questions about the state's policy of so-called "zero tolerance" for terrorists.
Ehsan's disappearance is a hugely emotive issue because his name is synonymous with the ruthless extermination of 151 people, including 144 children, by Tehreek e Taliban Pakistan (TTP) terrorists at an army-run school in the northern city of Peshawar in December 2014. He is also notorious as the terrorist who claimed responsibility for nearly killing Malala Yousafzai, the girls' right-to-education activist and Nobel Peace laureate, in 2012.
That act of wanton bloodlust shook public opinion more than other atrocity committed by the militants during the insurgency they launched in 2007, which claimed the lives of about 70,000 people and cost Pakistan tens of billions of dollars worth in lost economic growth.
The ensuing public outcry prompted the Pakistani state to declare a policy of "zero tolerance" for all militant and extremist groups, and a massive military operation involving some 170,000 troops was launched against remaining terrorist strongholds in North Waziristan and Khyber tribal areas along the porous border with Afghanistan.
It cannot be ignored that over the last decade, terror attacks inside Pakistan have dropped drastically by over 85 percent.  However, it has become apparent that "zero tolerance" was not what the public supposed it to be.
Ehsan surrendered to the security forces and, while in custody in 2017, was interviewed by Geo News, a leading Pakistani cable channel. In it, Ehsan added to his litany of falsehoods by claiming that India's spy agency RAW was behind the Peshawar school massacre.
This clumsy attempt at manipulating the narrative confirmed what critics at home and abroad had suspected all along: "zero tolerance" was only for enemies of the security apparatus. The state remained reluctant to take on and eradicate all militant groups operating on Pakistani soil, such as the feared Haqqani Network faction of the Afghan Taliban and anti-India outfits like Jamaat ud Dawah.
Tactically, the Pakistani state had very good reasons to hesitate.
The foundations of the TTP were laid by members of the anti-India groups who rebelled after military dictator Pervez Musharraf, acting under extreme American duress following the 9/11 terrorist attacks, ordered a blanket crackdown.
Subsequently, the terrorists fled to the tribal areas, where they joined hands with Al Qaeda operatives who had escaped US forces in Afghanistan to establish what President Barack Obama subsequently described as the global "epicentre of terrorism".
Leaders of more than 100 militant factions joined forces under the umbrella of the TTP in response to another decisive crackdown ordered by Musharraf, against armed extremists holed up in Islamabad's Red Mosque. Dozens of seminary students were killed during the operation in July 2007, prompting the declaration of a jihad against the state.
Several failed operations, before and after the insurgency erupted in earnest, showed the military that the price of taking on all-comers was too high to sustain. To succeed against the TTP and its Al Qaeda affiliates, it needed inside intelligence. Likewise, to reduce the threat posed by the terrorists, it needed to create splits with their ranks and, ultimately, turn militant against militant. That is where nefarious characters like Ehsan came in handy.
It is also why the state continues to handle extremists like Red Mosque imam Abdul Aziz with kid gloves. He recently reoccupied the mosque's premises to pressurise the government into granting him state land on which to build a new seminary.
Unsurprisingly, these exceptions to the "zero tolerance" rule have inflamed passions among Pakistanis brave enough to challenge the state's zero-tolerance for criticism of its security narrative. The Pashtun Tahaffaz (protection) Movement (PTM), formed by left-wing nationalist activists from Waziristan, has outright accused the security forces of continuing to patronise Haqqani Network-allied militants still based there.
The government has responded vindictively, charging PTM activists and other critics with sedition. The folly of such heavy-handedness was exposed by the video issued by Ehsan after his flight to freedom.  The PTM and other critics have concluded that he could not have escaped, along with his family, without the collusion of the officials holding him.
They also have good reason to contrast the rough treatment they have received against the treatment of the Red Mosque's Aziz who successfully blackmailed the government into granting him free real estate.
So far, Islamabad's murky relationship with the Haqqani Network may have proved useful in bringing about peace talks between the US and the Afghan Taliban, but there is no guarantee US President Donald Trump will strike a deal before pulling out American forces to appease his domestic vote bank in an election year. Were that to happen, the US would immediately rev up its criticism of "state-sponsored terrorism".
It has already threatened Pakistan with the so-called "nuclear option" of sanctioning its economy by pushing it on to the watch list of the Financial Action Task Force (FATF), a Paris-based multilateral organisation formed to stymie terrorist and criminal money laundering. Under immense pressure, criminal cases have been brought against the leaders of anti-India groups, notably Hafiz Saeed of Jamaat ud Dawah, buying Pakistan some more time.
Clearly, the fallout from Pakistan's tactical management of dangerous extremists and terrorist turncoats has become counterproductive, even if viewed through the immoral lens of geopolitics. Internally, it is proving divisive at a time when the country, still reeling from the impact of the TTP insurgency, needs to unite.
Moreover, it has proven to be Pakistan's biggest external vulnerability, as Indian Prime Minister Narendra Modi proved by using a February 2019 terrorist attack as the pretext to set into motion an escalation, culminating in the annexation of occupied Kashmir last August.
Pakistan has managed to transform the internal security of the country, but that's not where it should end. It is time for Pakistan's policymakers to stop flogging a dead strategic horse and adopt a security policy built on higher moral grounds.