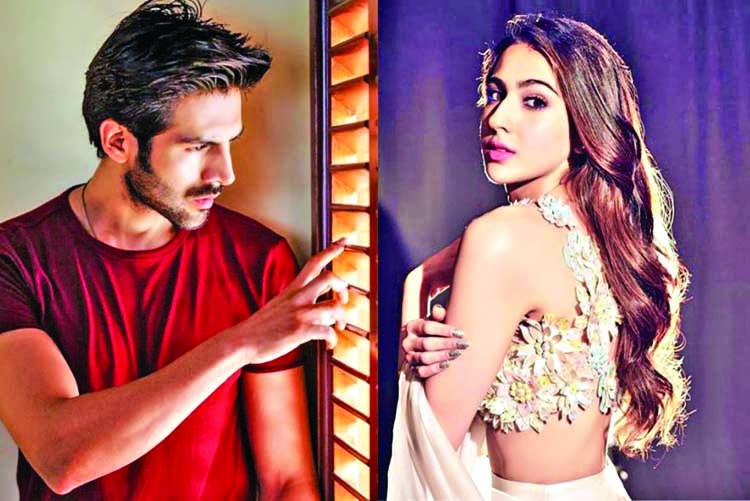 The Twitterati has an incredible sense of humor, especially when it comes to celebrity gossip. Recently, netizens were trying to figure out a unique couple name for Sara Ali Khan and Kartik Aaryan, and the results were hilarious.
It spears that while Sartik is the popular choice, both the actors have heard of other names as well. "I have heard of Kara," says Sara. "I have also heard of Karara and also of Sarkar," Kartik recollects. There is also one called Kasara, which is also the name of a township on the outskirts of Mumbai.
"It is very good. There are so many different names being made," Kartik laughs. Meanwhile, Sara is happy that the duo is being talked about before the release of their first film together - Imtiaz Ali's 'Love Aaj Kal'. "It is unusual that people are talking much about a pairing before the release and I think that it will also be good for the film," admits Sara.