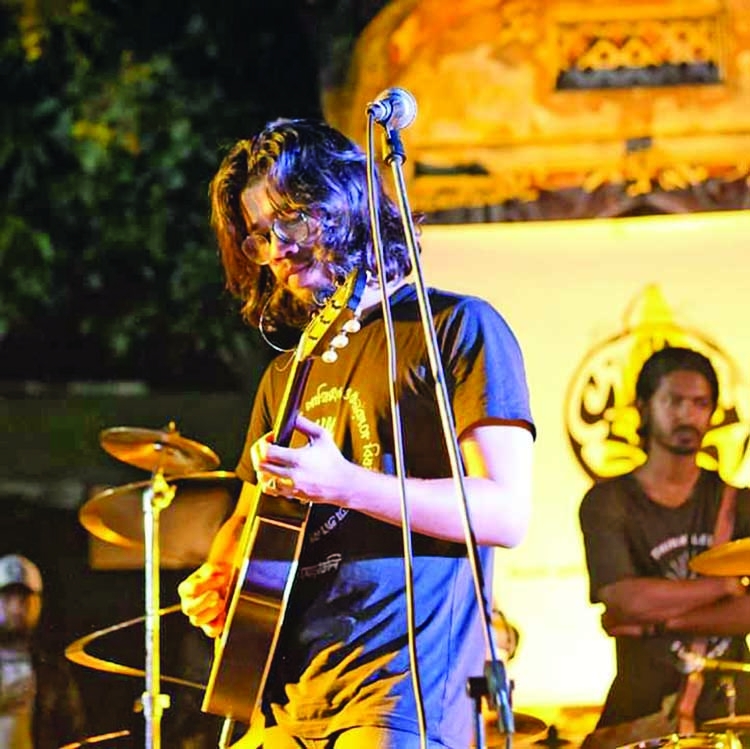 Bangladeshi progressive rock artist Avishek Bhattacharjee's Tagore-tribute solo track 'Aha, Tomar Songe Praner Khela,' released on Wednesday, reports UNB.
An unconventional blending of traditional Tagore-song and progressive rock fusion, the song is scheduled to be released on both YouTube and Facebook. Avishek has arranged and mastered the song. A trained graduate of Rabindra Sangeet from Chhayanaut Sangeet Vidyayatan, Avishek is also releasing his first solo album this year.
Since the age of 8, Avishek mastered the art of classical music, inherited and learned directly from his mother. Born and raised in a music-centric atmosphere, Avishek acquired the ability to play a total of 18 musical instruments, just within the age of 24. He is currently leading his own musical troop 'The Avishek Bhattacharjee Project' where he works on the traditional Bengali music.