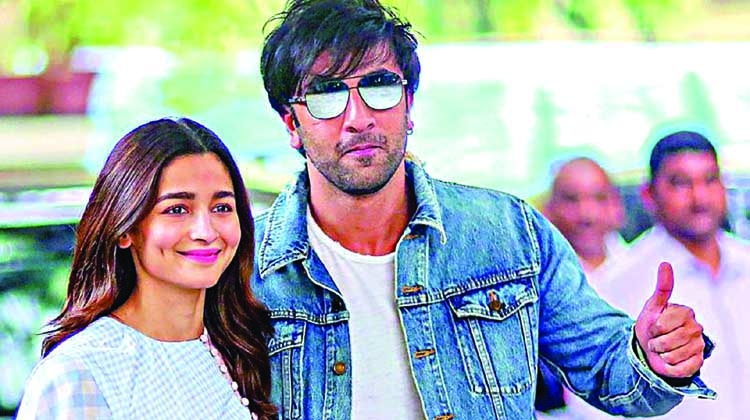 Alia Bhatt and Ranbir Kapoor have been shooting rather close to each other, but have been sticking to their work area and schedules without wandering into each other's sets for the past few days.
This week, Alia has been filming for filmmaker Sanjay Leela Bhansali's 'Gangubai Kathiawadi' while Ranbir Kapoor is busy with 'Shamshera' at Film City in Mumbai's suburban Goregaon. "The sets of the Yash Raj film 'Shamshera' are on set No. one at Film City, while Bhansali has been filming with Alia at set No. 31 at the same studio.
Both sets are not too far away, but both these actors are too professional to venture out of their domain to meet each other. Interestingly, Sanjay is the man who launched Ranbir as an actor after the latter was an assistant on the sets of the former's film 'Black'," say our sources.
Even as the buzz of their impending wedding is getting stronger by the day, the two actors are merrily continuing their work schedules quite normally.
--Agencies