Kolkata book fair in 2021 to be dedicated to Bangabandhu 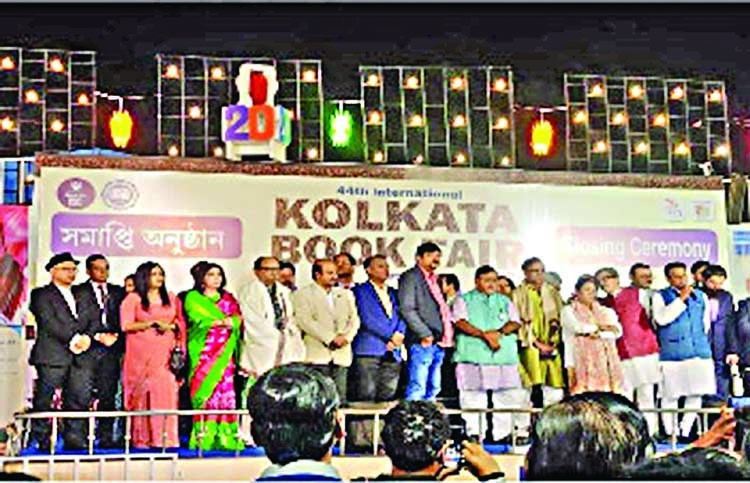 Kolkata book fair committee has decided to dedicate its next book fair to Bangladesh's Father of the Nation Bangabandhu Sheikh Mujibur Rahman, reports BSS. Kolkata Book Fair Committee Chairman Tridib Kumar Chattopadhyay revealed the information on the last day of the 12-day's 44th Kolkata Book Fair in SBI Auditorium at Salt lake Central Park Monday.
"The 45th Kolkata book fair in 2021 will be dedicated to Bangabandhu Sheikh Mujibur Rahman and Bangladesh will be its focal theme country," Chattopadhyay said. It is mentionable that for more than two decades, the last day of the Kolkata book fair is being dedicated to Bangladeshi writers and books, which is known as 'Bangladesh Day'.
Organizers said the last day of the fair is being observed as Bangladesh Day due to Bangladeshi visitors and buyers' interest to it. Bangladeshi people crowds at Bangladesh Pavilion every year, but this year, the number of visitors was higher than the past few years, they said. This year, the theme of the Bangladesh day was 'Bangabandhu at birth centenary and materialization of his dream - Sonar Bangla'.
A seminar was held to mark the day where State Minister for Cultural Affairs KM Khalid was present as the chief guest.
"Bangabandhu is the name of an ideal, a dream… He is the greatest Bangalee of all time," he said in his speech. Khalid also invited all to join the much anticipated Mujib Year celebration. Bangladesh National Museum Chairman Shamsuzzaman Khan presented the key note paper in the seminar.
"Bangabandhu Sheikh Mujibur Rahman outlined a program to implement his dream 'Sonar Bangla' to build an exploitation free society long before the independence of Bangladesh. But unfortunately, he was brutally assassinated. In spite of this, the implementation process of his dream is never halted," he said.
"His (Bangabandhu) worthy daughter and our Prime Minister Sheikh Hasina is materializing his unfulfilled dream rapidly," Shamsuzzaman added.
Former Cultural Affairs Minister Asaduzzaman Noor, Director General of Bangla Academy Habibullah Siraji, Director of Bangladesh National Book Centre Minar Masnur and Professor Gautam Bhadra were also present, among others, in the seminar.