Proteas look for a fresh start in T20Is 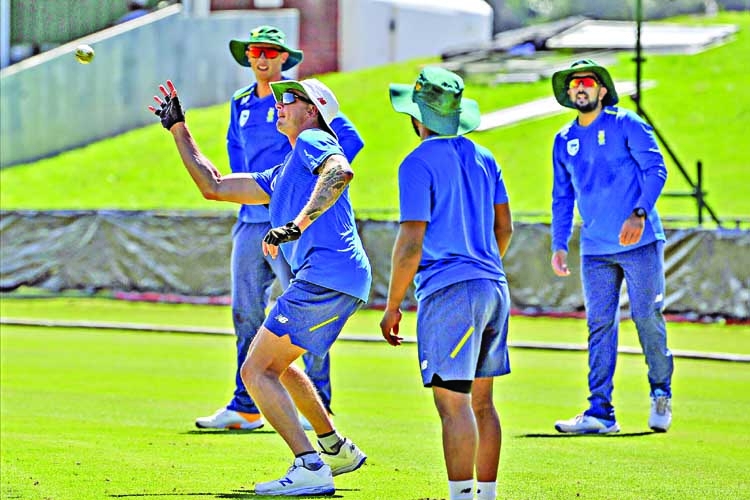 South Africa cricket team seen at a training session Buffalo Park on Tuesday ahead of their today's T20 opener in East London, South Africa. -Twitter
After levelling the one-day international series 1-1 against the world champions, an inexperienced South African side will be hoping to carry that confidence into the shortest format, when they face touring England in the first T20I of a three-match T20I series at Buffalo Park today.
The much-anticipated return of Dale Steyn to the South African set-up might help boost the largely inexperienced home team's self-belief.
In the absence of Faf du Plessis and star bowler Kagiso Rabada, Steyn's experience will be of much value to this young side. New captain Quinton de Kock's form is a big positive; he scored 187 runs at 62.33 in the two innings in the ODI series and will be hungry for more.
He will be ably assisted by Temba Bavuma at No.3, who performed well in his debut T20I series against India five months ago. David Miller also gives this side the necessary fire-power in the middle-order.