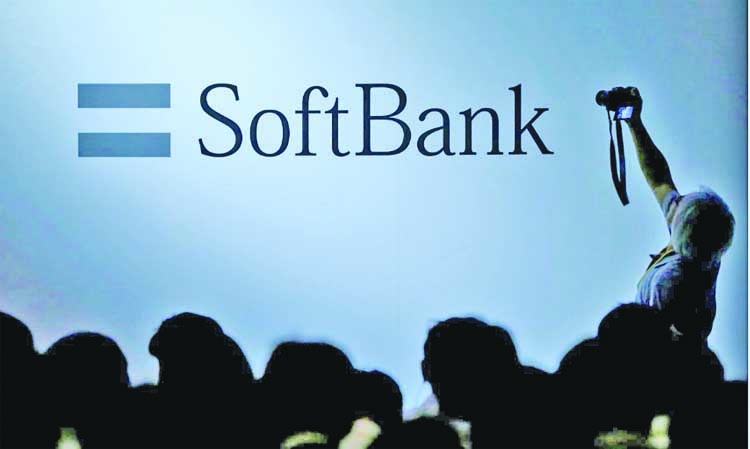 The logo of SoftBank Group Corp is displayed at SoftBank World 2017 conference in Tokyo, Japan. -Reuters
SoftBank Group Corp reported a near-total wipe out in quarterly profit on Wednesday, after the Japanese technology investor was whiplashed for a second consecutive quarter by losses at its $100 billion Vision Fund.
The dire result is likely to deepen concern about founder Masayoshi Son's ability to secure funding for a second Vision Fund, and give more ammunition to activist investor Elliott Management which has recently emerged as a prominent shareholder.
The numbers are also the latest reminder of the inherent risk in Son's strategy of betting big on untested startups. The Vision Fund posted an operating loss of 225 billion yen ($2.05 billion) for October-December compared to 176 billion yen profit in the same period a year earlier.
But Son, who is known for his ebullience and charisma - still rare in corporate Japan - said his company was already turning the corner.
He pointed to a rally in prices at the Vision Fund's handful of listed investments and news overnight that a U.S. federal judge had rejected an antitrust challenge to the proposed merger of SoftBank's Sprint Corp and T-Mobile US Inc. "The tide is turning," Son told a briefing following the release of SoftBank earnings.
---Tokyo, Reuters