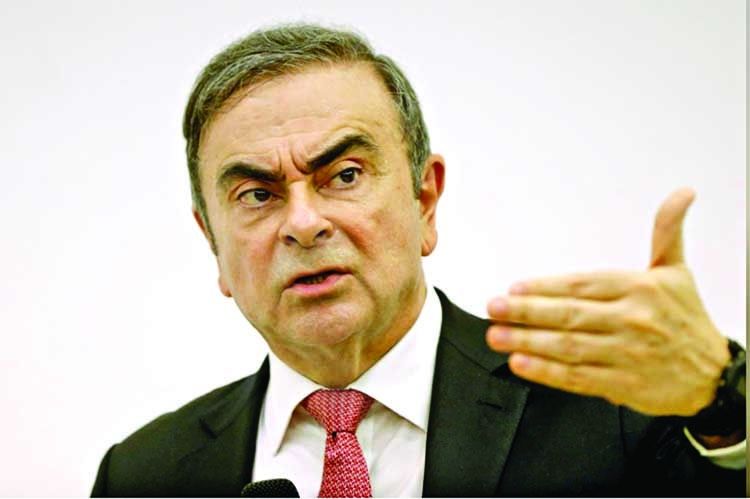 Former Nissan chairman Carlos Ghosn gestures during a news conference at the Lebanese Press Syndicate in Beirut, Lebanon. -Reuters
Nissan Motor Co (7201.T) on Wednesday said it had filed a civil lawsuit in Japan against former Chairman Carlos Ghosn seeking 10 billion yen ($91.02 million) in damages over his alleged financial misconduct.
Ghosn had been facing criminal charges in Japan for understating his annual salary and misusing company funds, until he fled to Lebanon in December. He denies any wrongdoing. Nissan said it expects the amount claimed in damages to "increase in future" as it seeks to recover fines it expects to have to pay to regulators due to Ghosn's alleged misconduct.
Japan's No. 2 automaker added that it may pursue separate legal action over what it called "groundless and defamatory" remarks Ghosn made in a news conference in Beirut here last month.
---Reuters, Tokyo