Investors charge back into stocks 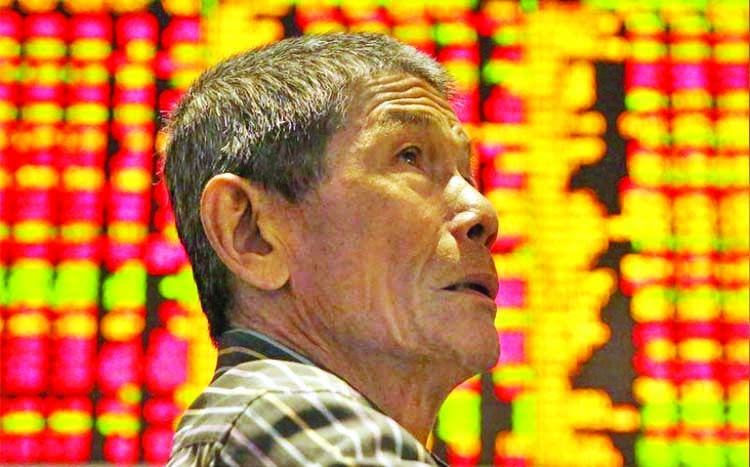 An investor monitors share market prices in Kuala Lumpur, Malaysia. ReutersAn investor monitors share market prices in Kuala Lumpur, Malaysia. -Reuters
A drop in the number of new coronavirus cases and the Federal Reserve chairman's optimistic view of the economy lifted world stocks for a third day on Wednesday and sparked a 2% rally in oil prices, on hopes the epidemic's effects would be contained.
China reported its lowest number of new coronavirus cases since late January, lending weight to a prediction from its senior medical adviser that the outbreak might be over by April. A continued decline in new cases would inflict would keep the epidemic from doing as much economic damage as initially feared, Those reports encouraged investors to get back into equities at the expense of bonds, gold and the Japanese yen - safe-haven assets that benefited as the virus death toll mounted.
"The virus may retard the modest upturn in global trade and manufacturing output which we predict to unfold from the second quarter of 2020s. But it seems unlikely to derail it," analysts at Berenberg told clients. The damage to Western economies in particular "will likely be modest and mostly temporary," the bank said.
MSCI's global equity index rose 0.12% to stand just off Tuesday's record highs .MIWD00000PUS. A pan-European equity index rose to a record as automobile stocks - which depend on exports to China - jumped 1.2% .SXAP. Futures indicated Wall Street would extend gains from Tuesday, when the S&P 500 and Nasdaq posted record closing highs ESC1 [.N]. In Asia, mainland Chinese and Hong Kong shares rose almost 1% .CSI300.
The offshore-traded yuan reached two-week highs CNH=D3. The Thai baht, Korean won and Taiwanese dollar, reliant on Chinese tourism and trade, gained 0.3% to 0.5% THB= KRW= TWD=. The yen slipped 0.3% JPY=EBS to a three-week low against the dollar. Brent crude futures rose from 13-month lows, helped by the likelihood producers would cut output LCOc1. Brent is still down almost 20% from its peaks in early January.
Some noted it remained unclear whether the coronavirus had peaked. Some Chinese companies said they were laying off workers as supply chains for goods had ruptured. "Evidence suggests the positive mood will continue, and we see some coordination in markets with oil rallying, base metals up and Treasuries coming under pressure," said Michael McCarthy, chief market strategist at CMC Markets in Sydney. But "I am not ready to buy risk assets yet."
Yields on U.S. Treasuries and German Bunds US10YT=RR rose 3 to 4 basis points. Ten-year U.S. yields are now 13 bps off the four-and-a-half-month lows hit late January though almost 30 bps below where they started 2020. Yields had risen on Tuesday after U.S. Federal Reserve Chair Jerome Powell said the U.S. economy was "resilient".
Powell also said he was monitoring the coronavirus, because it could lead to disruptions that affect the global economy. The dollar had risen to four-month highs against a basket of currencies .DXY but inched off those levels on Wednesday. U.S. markets also got a boost from signs President Donald Trump might be re-elected in November, since centrist candidates for the Democratic nomination appear to be struggling .
"Trump had a great start into the U.S. election season. After the early end of the impeachment trial in the Senate and the Iowa caucus chaos for the Democrats, betting markets suggest that Trump has a 58% probability of winning re-election on 3 November," Berenberg noted.
---Reuters, London