Taiwan says US flies bombers near island after China drills 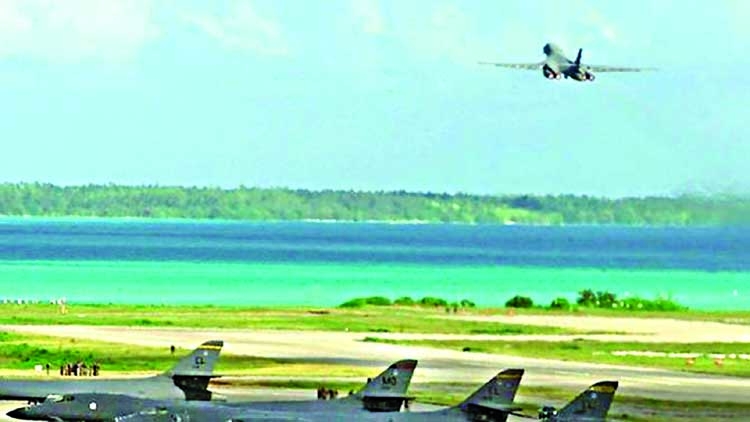 A US air force B-1B bomber takes off from the Diego Garcia base on the Chagos Islands for a mission in Afghanistan in 2001. -AFP
Three US Air Force planes, including two B-52 bombers, flew near Taiwan on Wednesday, the island's defense ministry said, after Taiwan's air force scrambled earlier in the week to intercept Chinese jets. The United States is Taiwan's most important international backer, even in the absence of formal diplomatic ties, and is also the island's main source of arms.
Tensions spiked between Taiwan and China, which claims the island as its own, on Sunday and Monday, as Taiwan sent F-16s to shadow approaching Chinese bombers and fighters. China has been flying what it calls "island encirclement" drills on-off since 2016 when Taiwan President Tsai Ing-wen first took office. Beijing believes Tsai, who won re-election last month, wishes to push the island's formal independence.
Tsai says Taiwan is an independent country called the Republic of China, its official name. Taiwan's Defense Ministry said one US MC-130, a special mission aircraft based on the C-130 Hercules transport, flew down the Taiwan Strait in a southerly direction.
The two B-52 bombers skirted Taiwan's east coast, also in a southerly direction, the ministry added.  Taiwan's armed forces monitored both sets of flights, and nothing out of the ordinary was observed, it said, without giving more details.
--Reuters, Taipei