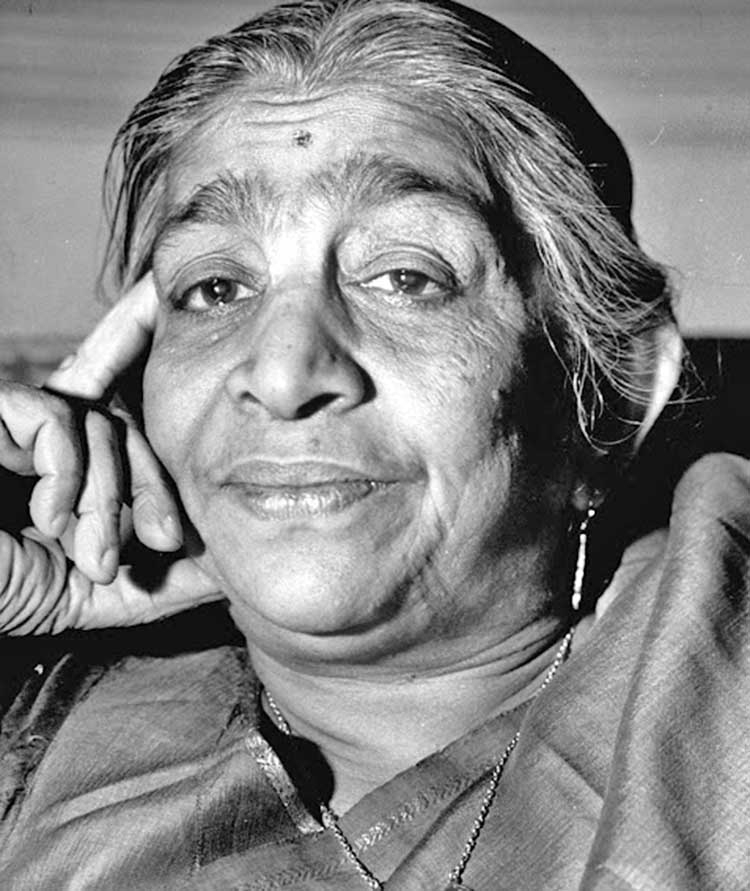 Sarojini Naidu was an Indian political activist and poet. A proponent of civil rights, women's emancipation, and anti-imperialistic ideas, she was an important figure in India's struggle for independence from colonial rule.
Naidu's work as a poet earned her the sobriquet Nightingale of India. Born in a Bengali family in Hyderabad, Naidu was educated in Chennai,  London and  Cambridge. Following her time in England, where she worked as a suffragist, she was drawn to Indian National Congress' movement for India's independence from British rule.
She became a part of the Indian nationalist movement and became a follower of Mahatma Gandhi and his idea of swaraj. She was appointed the President of the Indian National Congress in 1925 and later became the Governor of the United Provinces in 1947, becoming the first woman to hold the office of Governor in the Dominion of India.