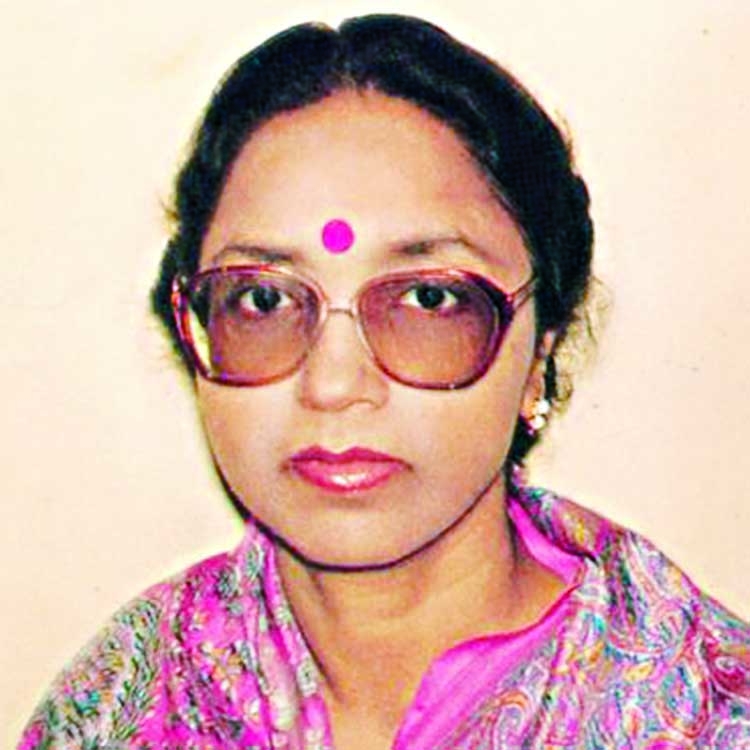 Nilufar Yasmin  was a Bangladeshi singer of Nazrul Sangeet, Rajanikanta Geeti, Dwijendra Geeti and Atul Prasdi genre. She was the fourth of five Yasmin sisters of Bangladesh music. Her siblings are Farida Yasmin, Fauzia Yasmin, Nazma Yasmin, and Sabina Yasmin.
She was awarded Ekushey Padak in 2004 by the Government of Bangladesh. She won Bangladesh National Film Award for Best Female Playback Singer for her performance in the film Shuvoda (1986). Yasmin was born on 13 February 1948 in Kolkata.
Her father, Lutfar Rahman, was a former provincial Civil servant of British India and her mother Begum Mouluda Khatun from Murshidabad was a vocal artist. Yasmin completed her bachelor's and master's in sociology from the University of Dhaka in 1968 and 1970 respectively. She first took classical music lessons from PC Gomes in 1964.