Give spring bees a boost with dandelion blooms 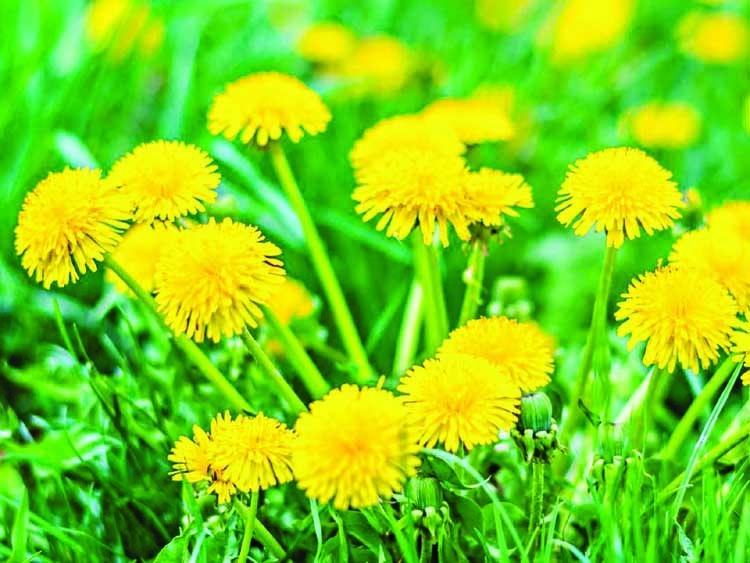 UK homeowners eager to dust off mowers and welcome spring with a freshly cut lawn are being encouraged by the British Ecological Society (BES) to slow down and smell the dandelions.
The yellow flowers, native to both Eurasia and North America, are most prevalent during spring and provide a critical food source to bees and other early pollinators just exiting hibernation.  "If dandelions were rare, people would be fighting over them," professor Jane Memmott, president of the BES, told The Guardian. "Because they're common, people pull them out and spray them off and all sorts of horrible things. Just let them flower."
While research has shown that dandelions don't offer a complete nutritional package for insects, their abundance in early spring is a lifesaver for everything from honeybees to butterflies. Each flower, containing up to 100 florets, is absolutely packed with pollen and nectar.
Memmott recommends those obsessed with lawn care take a step back and hold off a few weeks before reigning in beneficial weeds and flowers. She even coined a delightful phrase for the process: bohemian untidiness.
"People are a lot tidier than they used to be. This whole business of keeping your lawn clipped and pulling the weeds out is part of some British obsession with tidiness," Memmott said. "If you look back at old pictures, people weren't as tidy. I think 'bohemian untidiness' is what we're aiming for - you don't want it to look like neglect."
If embracing a bohemian backyard is not in your future, other insect advocacy groups recommend at the very least increasing the height of your cut or leaving a small strip of lawn to act as a "pollinator oasis" in spring and fall.  "Think of the bumblebee that's spent winter living in a hole in the ground and hasn't eaten since July," writes The Telegraph's Kate Bradbury.
"Think of the hoverfly that's flown here from the continent, the butterfly that needs nectar to give it the energy to find a mate. Think of the endangered moths, whose caterpillars eat dandelions, of the birds that eat the seed. Think of pollen beetles if you must. But please, think before you kill your dandelions."