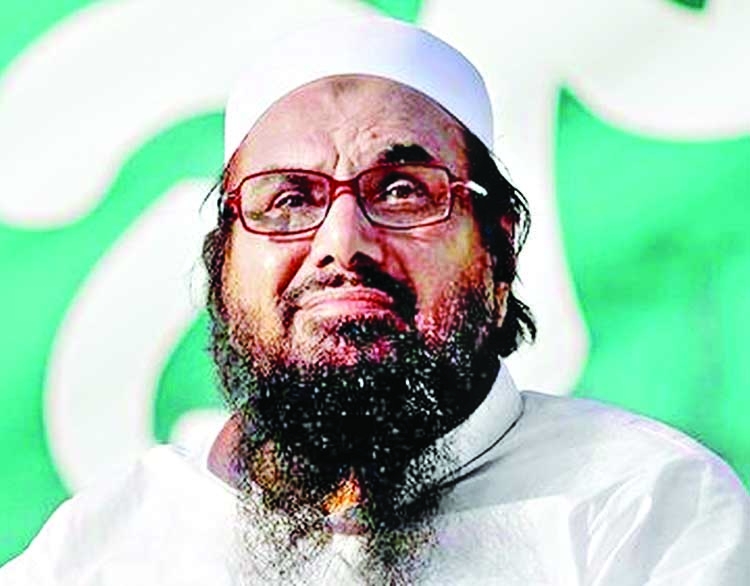 A Pakistani anti-terrorism court has sentenced Hafiz Muhammad Saeed, the founder of the Lashkar-e-Taiba armed group, to five and a half years' prison in a case related to terrorism financing, his lawyer says. Saeed is the alleged mastermind of the 2008 Mumbai attacks that left 166 people dead.
He was convicted and sentenced on two counts by a court in the eastern city of Lahore on Wednesday, Imran Gill, the lawyer, told Al Jazeera. He was sentenced to six months' imprisonment for being a member of a "proscribed organization" under Pakistani law, and another five years for a charge related to "illegal property", Gill said.
An FIR against Saeed and his other associates was registered in July on charges of terror financing. The case was registered at the Counter-Terrorism Department (CTD) in Gujranwala. Saeed, Abdul Ghaffar, Hafiz Masood, Ameer Hamza and Malik Zafar Iqbal were indicted in December 2019.
Saeed has been convicted in two terror-financing cases under the Anti-Terrorism Act (ATA) Section 11-F (2) and 11-N. Section 11-F relates to "membership, support and meetings relating to a proscribed organisation". The verdict was announced by Judge Arshad Hussain Bhutta.
Hafiz will be fined ?15,000 in each case. It is the first time that Saeed has been formally convicted of an offence.
Soon after the verdict, Federal Minister for Economic Affairs Hammad Azhar tweeted: "Pak. remains committed to the earliest completion of its FATF Action Plan. FATF Plenary is a technical process. Irrespective of and without speculating on any final decision at the plenary, we look forward to acknowledgment of significant progress that Pak. authorities have made."
Saeed has a bounty on his head worth $10 million by the US government.