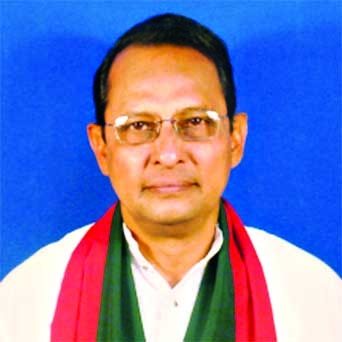 JaSoD President Hasanul Haque Inu, MP, on Wednesday stressed on launching a three-pronged operations to raze dishonest officers, politicians and business syndicates for eliminating corruption with a view to establishing good governance.
"The period of last ten years was a war for combating militancy and arson terrorism to take the nation toward the new phase of establishing the spirit of the War of Liberation and start of an astounding and phenomenal development," he said. Inu, also Chairman of the Parliamentary Standing

Committee on the Ministry of Information said this while addressing the joint tri-annual conference of Rangpur district and city units of JaSoD at Zila School auditorium in the city as chief guest, reports BSS.
JaSoD President, also a former Information Minister Inu said the real 'Begums and Sahibs' must be brought to the book to eliminate corruption permanently from the country.
"Bangladesh entered a new political era from January 2019 to take the nation a step forward and revive the national renaissance for establishing good governance," he said.
"Only good governance can eliminate corruption and end partisanship to take the country another step forward in the new phase," he said, adding that the government should have to play an uncompromising role in establishing good governance.
Inu said the government should have zero tolerance to end corruption at all levels for ending discrimination and addressing the danger of militancy.
"It is definitely possible to take the nation another step forward by standing on the foundation of good governance," he added Presided over by Rangpur district President of JaSoD Shakhawat Ranga, Advisor of its central committee Dr. Ekramul Hossain Swapan attended the council as special guest.