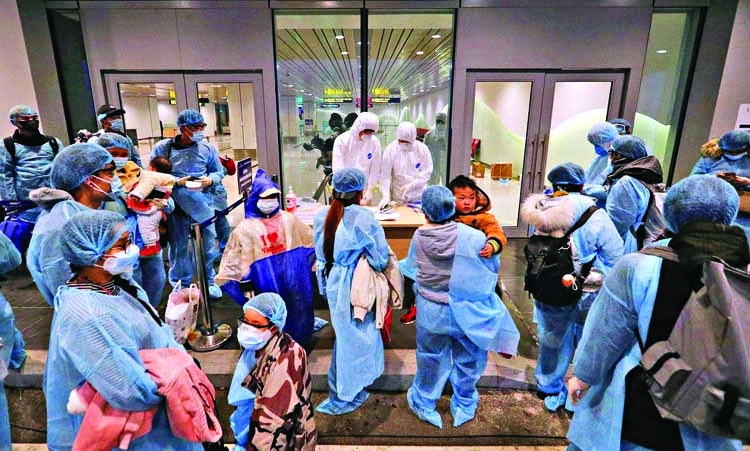 The death toll in China from the new coronavirus epidemic jumped on Wednesday, as the chief of the World Health Organization urged countries to work together against the "grave threat" posed by the outbreak. The WHO is holding a conference in Geneva on combating the virus, which  has killed more than 1,100 people in China and spread to dozens of countries around the world.
WHO chief Tedros Adhanom Ghebreyesus said viruses could have "more powerful consequences than any terrorist action". Although 99 percent of the infections are in China, where it remains "very much an emergency", it also "holds a very grave threat for the rest of the world", Tedros said at the conference, where the virus was officially named "COVID-19".
The case of a British man who passed on the virus to at least 11 other people - without having been in China - has raised fears of a new phase of contagion abroad. "We have to use the current window of opportunity to hit hard and stand in unison to fight this virus in every corner," Tedros said, warning that a failure to act would lead to far more cases in the future.
WHO sent an advance team to China this week for an international mission to examine the epidemic, where more than 44,000 people have now been infected.
Chinese authorities have locked down millions of people in a number of cities, but another 94 deaths were reported on Wednesday in the hardest-hit province of Hubei, the central province where around 56 million people are under lockdown.The mortality rate remains relatively low at around 2 percent.