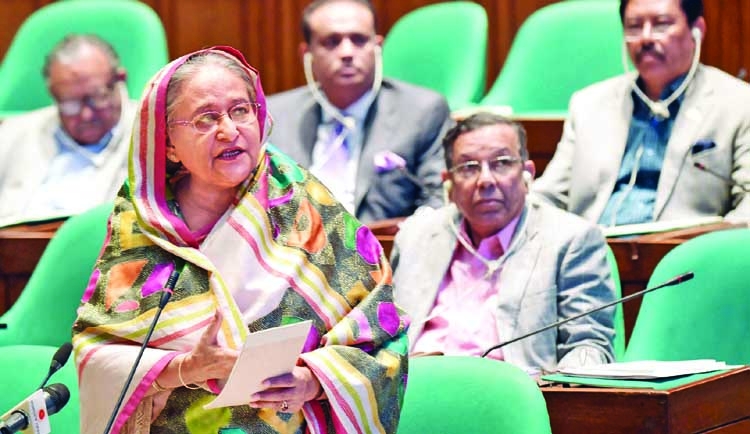 Prime Minister Sheikh Hasina has told Parliament that evening course at public universities will be stopped. He said this replaying to a query from Jatiya Party lawmaker Mujibul Haque Chunnu in question-answer session on Wednesday. Meanwhile, Prime Minister Sheikh Hasina on Wednesday stressed the need to equip the coming generations with knowledge of information technology as she highlighted its significance in keeping pace with a highly-competitive global market.
She made the remarks while inaugurating the Sheikh Kamal IT Incubator and Training Centre at the Bangabandhu Sheikh Mujib High-tech Park in Rajshahi through a video conference at Ganabhaban.
Sheikh Hasina said, "Arrangements of evening courses were made at public universities as the session jam had become a perennial problem there." Teachers are more sincere in their classes at private universities than public universities, she said, adding that their respective universities face problems due to this tendency.
The premier said, "We are mulling to take necessary measures to stop evening courses at public universities. It is not necessary to make law in this regard as everything doesn't need law. The university authorities or University Grants Commission (UGC) can take measures in this regard."