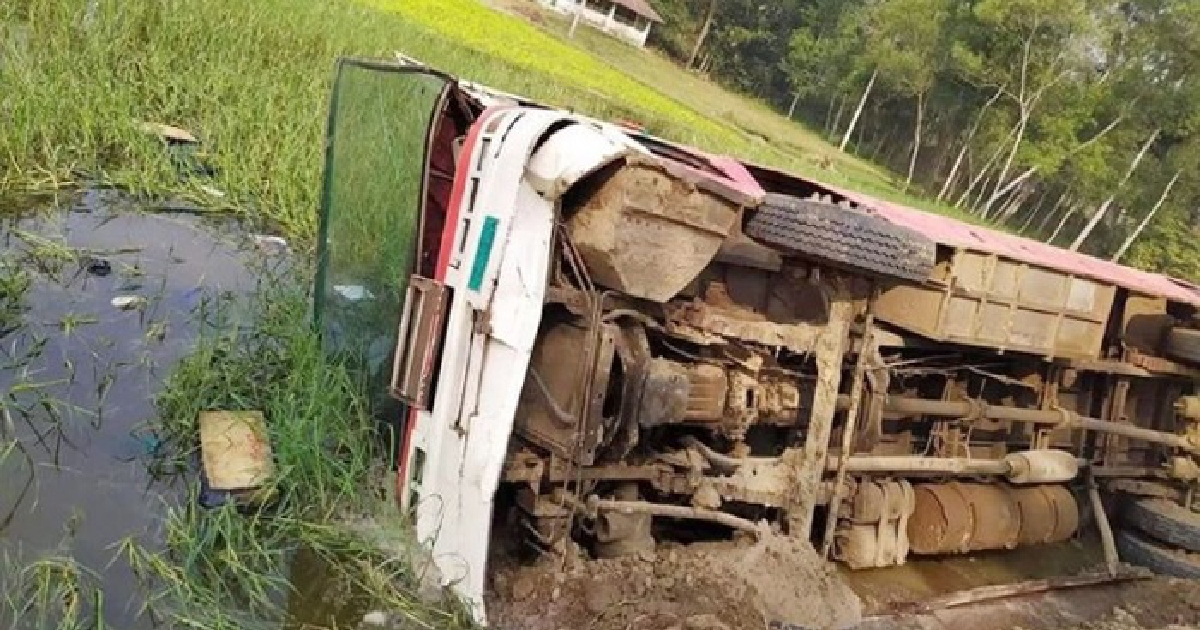 At least 25 Chittagong University (CU) students were injured after a bus carrying them fell into a roadside ditch at Maniapukur in Hathazari upazila on Thursday morning.
The accident took place at Chairman Ghata of the area around 9:30am. The bus carrying CU students fell into the ditch while giving space to another bus coming from the opposite direction.
Twenty-five students were injured, said Masud Alam, officer-in-charge of Hathazari Police Station.
Of them, 12 were sent to Chittagong Medical College Hospital.
The students were heading towards the university from Fatikchhari, said CU Proctor SM Manirul Hasan.