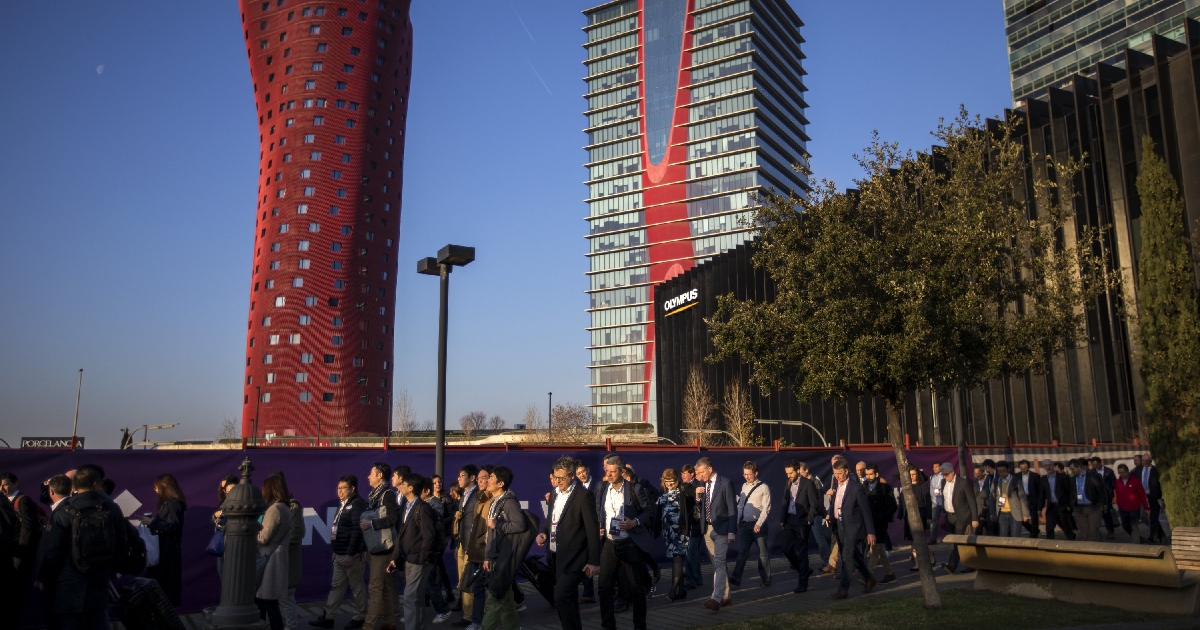 Organizers of the world's biggest mobile technology fair are pulling the plug over worries about the viral outbreak from China.
The annual Mobile World Congress will no longer be held as planned in Barcelona, Spain, on Feb. 24-27.
"Global concern regarding the coronavirus outbreak, travel concern and other circumstances, make it impossible for the GSMA to hold the event," John Hoffman, head of the GSMA organizing body, said in a statement Wednesday.
The decision comes after dozens of tech companies and wireless carriers dropped out, with the latest cancelations by Nokia, Vodafone, Deutsche Telekom and Britain's BT on Wednesday. Other companies that dropped out earlier include Ericsson, Nokia, Sony, Amazon, Intel and LG. The companies cited concerns for the safety of staff and visitors.
Organizers and government officials had sought to hold out against growing pressure to cancel the annual tech extravaganza, which had been expected to draw more than 100,000 visitors from about 200 countries, including 5,000 to 6,000 from China. The show normally represents a huge source of revenue for hotels, restaurants and taxi companies. Authorities have estimated the show was to generate 473 million euros ($516 million) and more than 14,000 part-time jobs for the local economy.
Spain's vice president, Carmen Calvo, said there was "no public health reason" to call off the show. She said Spain had a good health response system and was following all of the recommendations from the World Health Organization.
Dr. Mike Ryan, the WHO's emergencies chief, said before the cancellation that the show could have gone on.
He said that while no mass gathering is ever risk-free, with the potential for food poisoning, injuries or building collapse, most events "can continue if the proper measures can be applied."
Spanish labor unions said that the show was called off due to the panic of the major technological companies. The CCOO union's regional leader, Javier Pacheco, denounced "the alarmist attitude of the technological companies that from their position of global supremacy don't care about the local impact."
But Tim Bajarin, president of consultancy Creative Strategies, said cancellation was prudent with all the unknowns surrounding how the new virus is spread and the fact that many companies had already pulled out.
These days, most big companies hold their own product launch events anyway, as Samsung did Tuesday in San Francisco. But Bajarin said Mobile World Congress was still an opportunity for many people in the mobile industry to meet in one place.
"It allowed for a lot of networking and business dealings, so in that context, it was a significant loss," he said.
The GSMA, the wireless trade body that organizes the fair, had said it was meeting regularly with global and Spanish health experts and its partners to ensure the well-being of attendees. It had already urged participants  to avoid handshakes and planned to step up cleaning and disinfecting and make sure speakers don't use the same microphone.
Earlier Wednesday, Nokia said it had decided to withdraw "after a full assessment of the risks related to a fast-moving situation." The company said "the health and well-being of employees was a primary focus" and that canceling its involvement was a "prudent decision."
The departures of Nokia and Ericsson had left China's Huawei, a major sponsor of the fair, as the only remaining major network gear maker still planning to attend. But even Huawei was scaling back by assigning European staff to the show instead. Its chairman had planned to hold a media briefing by video because he wouldn't get to Spain with enough time to undergo a two-week self-quarantine period.
Organizers were caught between risking potential backlash over public health concerns if they went ahead or facing big financial losses if they canceled, said Stephen Mears, a research analyst at Futuresource Consulting.
Even before the cancellation, Mears said his five-person team was considering dropping out or shortening the trip as many participants they wanted to meet wouldn't be there, including those from China, which accounts for an increasing share of the global smartphone and mobile network industry.
"It's becoming less and less valuable for people like us to attend if we're not able to get meetings with the high-level executives," he said.
Ben Wood, chief of research at CCS Insight, said companies now have to figure out "the best way to salvage something from this difficult situation."
Randy Nelson, head of insights at mobile data firm Sensor Tower, said his company had planned on having a booth at Mobile World Congress. He said his firm expected to recoup the exhibiting fees since it hadn't pulled out, but had not heard from organizers yet.
While the cancellation was a disappointment, Nelson said, the work that went into planning for the show can still be useful for future events, including the Game Developers Conference in San Francisco in March.