Dengue seen to be another major concern in SEA 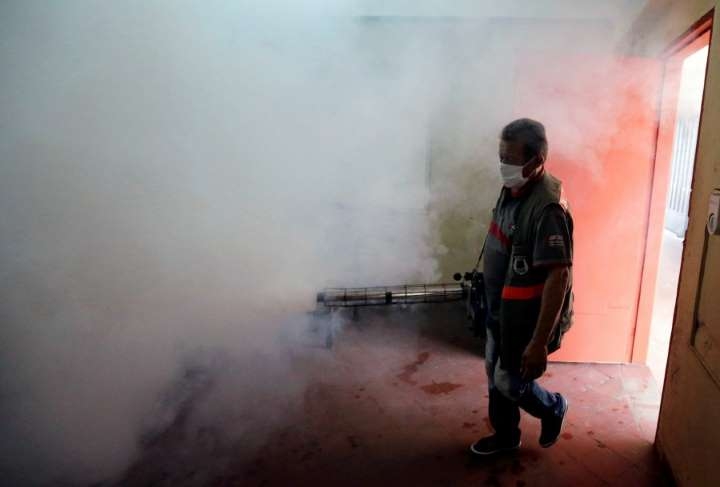 While the coronavirus or Covid-19 is the present threat, Southeast Asia must also be aware of an old but lingering enemy that seems to be reawakening again which is the dengue fever.
According to reports, eight of the most exposed nations that is vulnerable to dengue fever are Southeast Asian countries, according to reports.
The Asean Post listed the Philippines, Indonésia, Laos, Cambodia, Malaysia, Vietnam, Singapore and Thailand in the top 12 most risky of dengue fever.
The New Paper (TNP) here highlighted a concern as there were 400 dengue infections last week, up from 371 in the previous week.
To further make people more concern was that between Sunday and 3pm on Monday, there were additional 63 cases.
"The weekly cases had been rising steadily since mid-December (2019), peaking at 404 cases in mid-January. The number dropped the following week but is again on the upswing," said the Singapore news portal.
In the first five weeks of the year, there is a total of 1,623 cases which is over 60 per cent higher than the 1,057 infections diagnosed over the same period last year.
These latest weekly figures are also the highest rates seen in the early part of the year, since 2016.
In the Philippines, Pangasinan recorded 313 dengue cases without fatality in the province from Jan. 1 to Feb. 3 this year.
The Philippines News Agency quoted Dr. Anna Ma. Teresa de Guzman of the health office as saying that although it is 33 percent lower than the 473 cases in the same period last year, 100 of the cases this year were in central Pangasinan just last week.
“We are monitoring dengue all-year-round rather than the 2019 coronavirus" she said.
As for Indonesia, up until October last year, health officials reported 110,921 cases of dengue fever.
“The figure increased drastically as compared to 2018 when the country witnessed 65,602 dengue fever cases,” Director of Vector and Zoonotic Communicable Disease Prevention and Control of the Health Ministry Siti Nadia Tarmizi said.
Overall, the cases were mostly in Java and Bali, with 61,071 cases; and Sumatra, with 21,896 cases, said Outbreak News.
In Laos, authorities late last year urged people across the country to destroy potential mosquito breeding sites after dengue fever claimed 74 lives and more than 37,700 people contracted the virus.
The public was warned after more cases of dengue fever were detected with most of the infections and deaths in the capital Vientiane and the southern provinces of Laos, said Vientiane Times.
Although dengue fever has been around since the 1970s, there is still no specific medication for victims.
Common symptoms of dengue include nausea, vomiting, rashes and joint pains while a severe attack could cause bleeding from the nose and gums.
New Straits Times