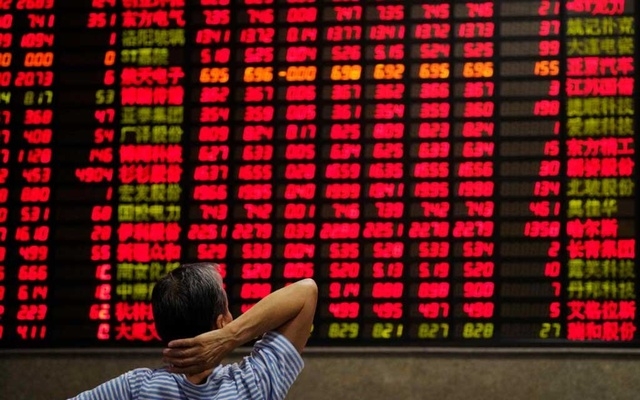 Asian stock markets wobbled on Thursday while safe-havens such as the yen, gold and bonds rose as the number of new coronavirus cases and deaths in the outbreak’s epicenter jumped.
China’s Hubei province, where the virus is believed to have originated, reported 242 new deaths, double the previous day’s toll, and confirmed 14,840 new cases on Feb 12.
The rise in the number of cases, which came as officials adopted a new methodology for counting infections, is a sevenfold increase from a day earlier.
It was not immediately clear how the new methods affected the results, nor why the death toll rose so sharply, but it seemed to dash hopes that the virus’ spread might be slowing.
E-mini S&P 500 futures turned from positive to fall 0.3% ESc1. Dow Jones futures fell by the same margin YMc1, suggesting a pause in Wall Street’s strong rally.
Ten-year US Treasuries fell about 3 basis points to 1.607% US10YT=RR, the yen strengthened past 110 per dollar JPY= and a rally in Asian currencies against the dollar halted.
MSCI’s broadest index of Asia-Pacific shares outside Japan .MIAPJ0000PUS was steady in morning trade but the news knocked the week’s momentum from stock markets.
“The slowdown (in cases) was the key driver of the rally in growth-exposed assets,” said Michael McCarthy, chief strategist at CMC Markets in Sydney.
“A lot of people leapt to the conclusion that we might have seen a peak...the reversal of what appeared to be good news is enough to have people scrambling for the exits.”
Japan's Nikkei .N225 was flat while Australia's ASX/S&P 200 index retreated from a record high. The Shanghai Composite .SSEC and Hong Kong's Hang Seng .HSI wavered either side of unchanged.
Gold rose 0.3% XAU= to $1570.12 per ounce.
MORE FORECASTS CUT
Overnight, markets had taken comfort from the World Health Organisation’s (WHO) emergency program head describing the apparent slowdown in the epidemic’s spread as “very reassuring.”
Yet WHO chief Tedros Adhanom Ghebreyesus had also warned that it should be viewed with extreme caution. “This outbreak could still go in any direction,” he said.
More than 1,300 people have died from the epidemic in China and the total number of cases in Hubei province now stands at 48,206.
Even before the rise in cases, economists were turning more bearish on the likely hit to China’s growth as factories idle and supply chains are upended.
Citi on Wednesday again downgraded its 2020 GDP forecast for China to 5.3%. The bank had forecast it to be 5.8% in its January outlook, before cutting it to 5.5% two weeks ago.
Morgan Stanley believes a gradual, rather than sharp recovery is the most likely scenario. That all bodes ill for regional economies and has weighed on Asian currencies and commodities.
The Australian dollar AUD=D3, a liquid proxy for China's economic health because of Australia's export exposure, retraced its recent rally and traded 0.2% softer at $0.6725.
China's yuan was 0.1% weaker CNY=.
Rallying oil prices paused, with Brent crude LCOc1 up 15 cents to $55.94 per barrel, 15% below where it was before the coronavirus outbreak.