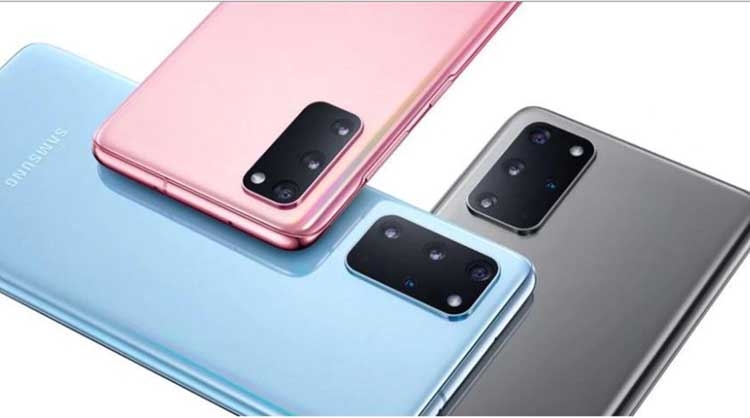 Introducing its first full 5G flagship lineup, Samsung Electronics on Tuesday unveiled Galaxy S20 series - with S20 Ultra variant with a massive 16GB RAM - that comes with a brand new Artificial Intelligence (AI)-driven camera architecture, superfast charging and 8K video shooting. Galaxy S20 comes in Cosmic Grey, Cloud Blue, Cloud Pink colours; Galaxy S20+ comes in Cosmic Grey, Cloud Blue, Cosmic Black and Galaxy S20 Ultra comes in Cosmic Grey, Cosmic Black colors. S20 houses 4000mAh battery, S20+ has 4,500mAh battery while Ultra has a huge 5,000mAh battery. The entire series is equipped with massive storage as standard -- S20 in 128GB variant LTE version with 8GB variant while S20+ and S20 Ultra in in 128GB, 256GB and 512GB variants.
Google has shared hundreds of beautiful wallpapers through its Earth View collection for years now. These images show off stunning sights from satellites, providing an almost surreal birds-eye view of the planet's landscapes and oceans. Today, the company added over 1,000 images to that gallery, bringing the total to over 2,500. The company says the new Earth View images are optimized for today's screens, "featuring brighter colors, sharper images, and resolutions up to 4K."
You can learn more about how Google captures Earth View images in the video below. Needless to say, just about every frame is eye candy. As they say, a picture is worth a thousand words, so you might as well just head on over and take a look for yourself.
US troops in northeast Syria have cut off Russian patrols nearly a dozen times and forced them to turn back or take roundabout routes to reach their destinations. These cutoffs have clustered along two roads leading to American military positions, delineating zones of US influence, including critical infrastructure, four months after Trump's withdrawal decision.
The traffic incidents also coincide with the US military building up bases in northeast Syria, which indicates America is reasserting itself in the area as it puts the brakes on Russian attempts to expand.
Alberta is a tyrannosaur graveyard. There rest great carnivores of the Cretaceous, such as Albertosaurus, Gorgosaurus, Daspletosaurus and, of course, the Tyrannosaurus Rex (T-Rex). Now, palaeontologists in the province have announced the discovery of Canada's oldest known tyrannosaur: Thanatotheristes degrootorum, or "the Reaper of Death". With its razor-sharp teeth and formidable two-tonne frame, the newly discovered species terrorised the region some 79.5 million years ago.