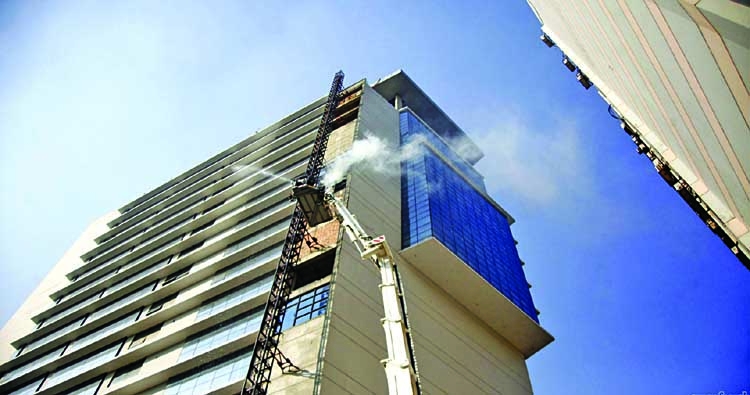 The fire that broke out at DR Tower in Paltan's Box Culvert Road area on Thursday was brought under control. Fire Service official Abdus Samad said, "Eight fire fighter units brought the fire under control with frantic efforts by 3:20pm."
The reason behind the fire that broke out around 2:50 pm and the extent damage of the blaze are yet to be ascertained, reports BSS. However, there are no reports of casualties in the incident so far.