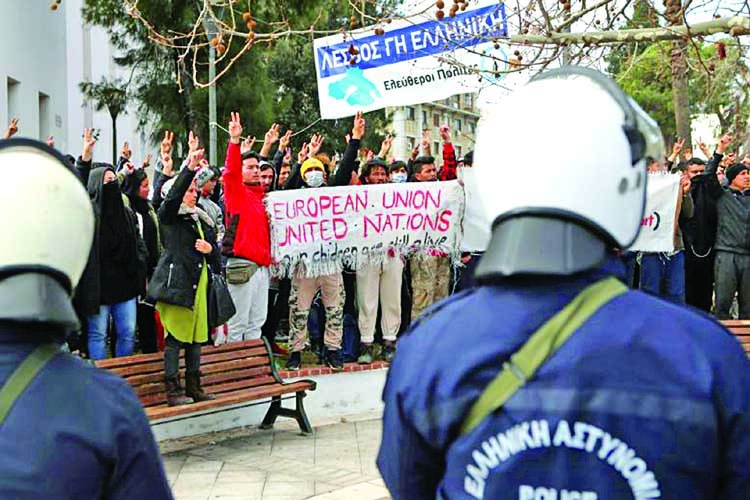 A photo taken on Feb 4, 2020, shows refugees and migrants demonstrate outside the municipal theatre of the city of Mytilene, on the island of Lesbos, Greece. -Reuters
Greek officials and residents from islands harboring thousands of asylum-seekers staged a protest in Athens on Thursday against plans to build new camps.
Dozens of demonstrators from the islands of Lesbos, Chios and Samos gathered outside the Greek interior ministry, brandishing banners against the camps project.
The new conservative government that came to power in July has announced that the present camps, which are stretched several times beyond capacity, are to shut down this year. They will be replaced with new, smaller facilities that are to be operational by mid-2020.
---AFP, Athens