Birthday thoughts of an ageing man 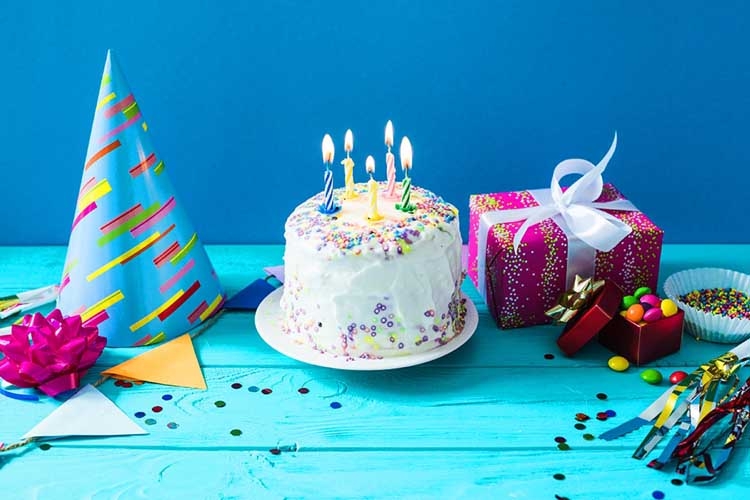 You get older as the years go by. There are all the memories that come back as you explore the furrows on your increasingly weather-beaten features. So do you regret not being young anymore?
There is little point in disappointment. That question is absurd. The clouds move on, changing colour as they traverse the skies all the way to oblivion. They do not bring toys for you anymore --- the tiny jeeps, the helicopters, the little man riding a little moped.
The balloons are all a memory. Your father does not take you by the hand anymore into that little book stall where you once met all the fairies and elves and sprites and gnomes and ghosts and cowboys on horseback. They have gone, along with the seasons.
You are in your sixties. The hair on your head has almost departed. Yet there was a time when it was parted, if your mother held the comb; or unparted as you played ferocious football in school. Do you regret that gleam all over your head? Not when you remember that Caesar, De Gaulle, Churchill, Nehru, Gandhi and Yul Brynner oversaw their hair fall in their times. You are in good company.
Every birthday is an occasion for a remembrance of things past and, paradoxically, for dreams to be constructed in the times yet to be. With much of your life gone, with the sun now low across the late afternoon sky, there is not much of a future to speak of.
Unless, of course, you have a very long life ahead of you. But you do not really know how many years more have been gifted to you, despite all those predictions by people about your lifespan. They survey your palms or look at your forehead or examine tea leaves to peer into your future, to let you know that you will die a grand old man. Maybe you will, maybe you will not. The cosmic reality is something we have never had a grip on.
But, yes, every birthday is the falling of some more leaves from an increasingly bald tree. Spring and summer are gone. As you age, it is the intimations of autumn that gently stroke your wizened cheeks before they take on a ferocious appearance. That is the way of the world, of nature, you tell yourself.
And you have travelled a long way. You have lived in some of the more exciting of times. Born in the Cold War, you have had the good fortune of seeing nations come together, in better times, and also come apart, in cloud-darkened seasons. You have seen the Berlin Wall in grim rise and American power retreat from a pointless but tragic war in Vietnam.
You have seen Mao holding sway over his vast country in demigod fashion; you have learnt that crime, even that indulged in by powerful men, does not pay. And thus you remember Richard Nixon and, on a bigger, blood-splattered canvas, Yahya Khan. They went down in shame.
Loud silence takes possession of your soul at the approach of twilight and yet it suspends itself as you travel back to the landscape of memory. You hear once again Frank Bormann reading from Genesis as Apollo-8 re-emerges from behind the moon on a long-ago Christmas Eve. It was a time when you imagined once more the grandeur of God. And God watched as Neil Armstrong stepped on lunar dust, armed with words that have found a niche in immortality.
Passing into age is a sudden, almost ecstatic trekking back to that early phase in life when innocence was everything. The arrival of a baby sister, the frantic efforts by a little brother to catch a grasshopper in moonlight, the finger you put in a new baby brother's mouth as your mother brought him home, the games you played with the last baby in the world of your parents are realities which now come back draped in ancient poetry.
And memories dance too, if you must know, around the graves where those whose offspring you are sleep for all time. The glow worms light up that world of mortal truth. You miss your father and your mother, for there is that baby in you which craves their warmth.
On your birthday, worries assail you in their many dimensions. The earth will claim you, perhaps sooner than you imagine. The possibility does not worry you, but what you do brood on is the small library you have patiently built over the years. What happens to those books after you pass on?
Will anyone read them? Will the family preserve them as part of your legacy? You do not have the answers, but you have newer questions welling up inside you. The spouse you leave behind in her tears, the siblings whom mourning will weigh down, the friends you cannot anymore converse with --- such queries flit up and down in the manner of butterflies on your birthday.
Every birthday is the snuffing out of a candle. Conversely, it is, for those whose sense of inquiry about the universe has been fundamental to experience, a fresh reminder to think of God, to go looking for Him amidst the glory of the stars.
Every birthday is, in an unbelievable way, a further pushing of the boundaries in your search for intellectual and spiritual tranquillity.