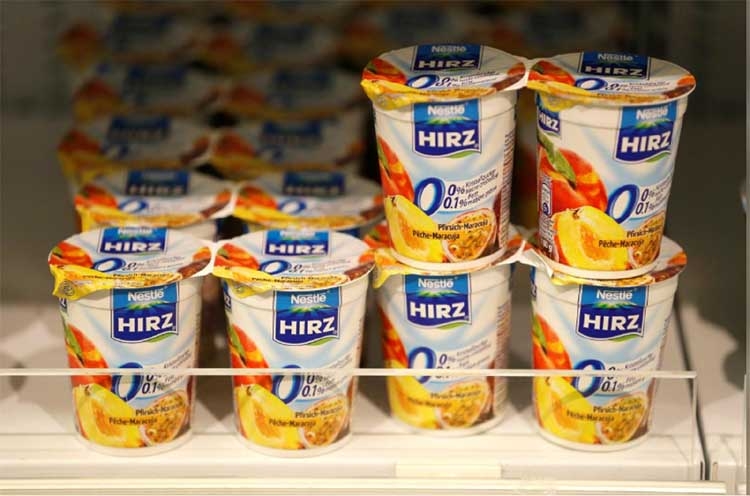 Hirz yogurts by Nestle are pictured in the supermarket of Nestle headquarters in Vevey, Switzerland. -Reuters

Food giant Nestle will hit its 2020 organic growth target later than envisaged, it said on Thursday after posting its highest annual growth in four years and improved profitability. Like other large food companies, such as Unilever, KitKat and Nescafe maker Nestle has been working hard to streamline its diverse portfolio in keeping with changing consumer tastes and growing demand for healthier and more environmentally friendly produce.
"We are convinced we'll get there sustainably, it'll just take one or two years longer," Chief Executive Mark Schneider told reporters at the company's headquarters in Vevey after the company's results showed organic growth at 3.5% last year. "At this point, in February, I cannot promise to deliver 4% growth this year, I prefer to be cautious," he added, saying that growth rates would slow a little from the past two years.
Schneider, who took the helm in 2017, had initially targeted mid-single-digit organic sales growth and an operating margin of 17.5-18.5% in 2020. The margin target was achieved a year early, with cost cuts helping to lift it to 17.6% last year.
"The guidance is probably not a surprise given what is happening in China - its second-biggest market and accounting for 8% of group sales - and the coronavirus," said Kepler Cheuvreux analyst Jon Cox.
--Reuters, Switzerland