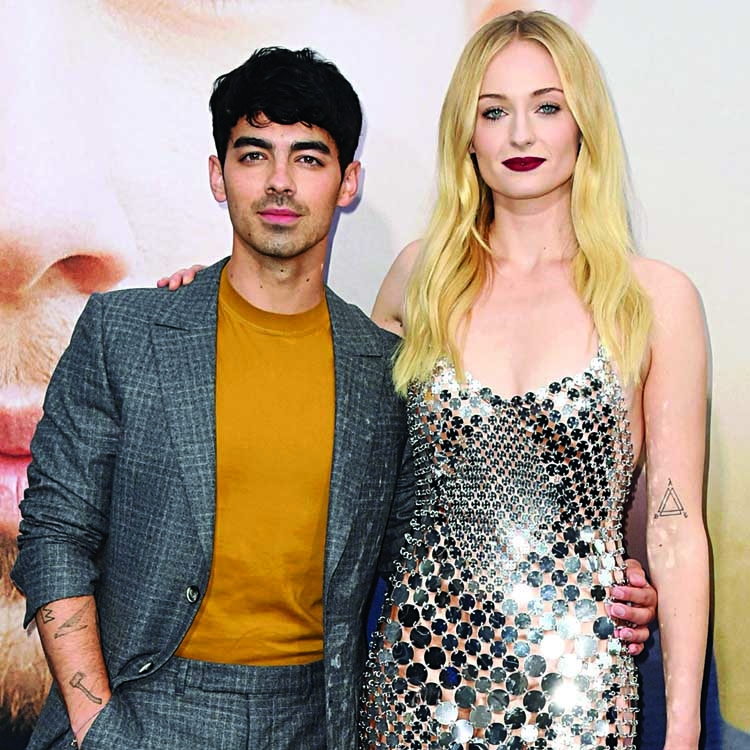 'GOT' star Sophie Turner and singer Joe Jonas are expecting their first child together. According to a source to eonline.com, the star is about four months along, and while it's still "early" days, the couple is "extremely excited".
"They told their families recently and everyone is ecstatic and so happy for them," added the source. Both of their families are keeping their thoughts and feelings to themselves for the moment since the pair hasn't confirmed the news on their own yet.
"At the moment, they and the rest of the Jonas family are travelling through central Europe as they continue their Happiness Begins tour. As per a source to Just Jared, which first reported the news, the couple is keeping things "hush-hush", but "friends and family are super excited for them".
The couples attended the Grammy Awards together in January and were spotted in London days later with Turner wearing a baggy sweatshirt, reports pagesix.com. Turner, 23, and Jonas, 30, tied the knot in a surprise Las Vegas ceremony in May 2019 after the Billboard Music Awards.