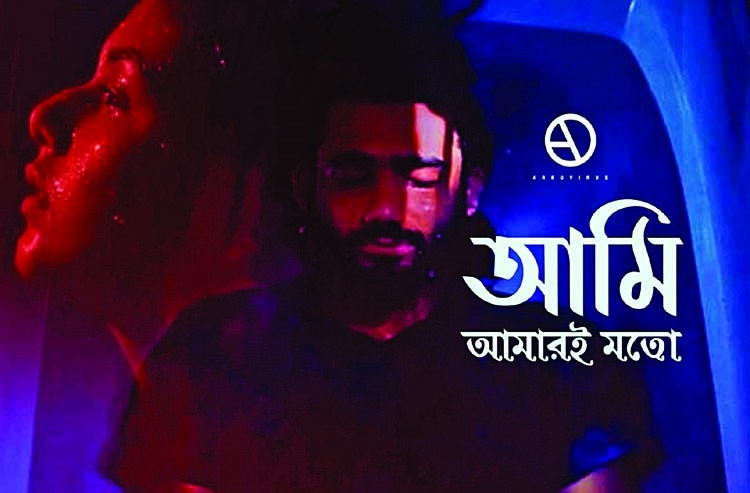 Bangladeshi rock bands 'ARBOVIRUS' are released their latest music video, 'Ami Amari Moto', on Thursday, February 13 - marking the occasion of Valentine's Day, reports UNB.
The song is from their first ever EP "Otopor" that was initially partnered with and released from the GP Music app in 2019. The video will be released on the band's YouTube channel "YouTube.com/ARBOVIRUSTV".
Regarding the project, 'ARBOVIRUS' frontman and lead vocalist Sufi Maverick told UNB that the most challenging part was to record and make the collaboration between the recorded pieces in the final mix/master session.
"As all of our band-mates are now spread across the three continents, we shared the initial demos between ourselves, then rehearsed and revised, followed by actual recording session. In order to bridge the gap, we shared files through the internet which actually made the collaboration easier," Sufi relayed.
Explaining the hurdles, Sufi told UNB about the process in details: "Drums-takes of the song were done at the studio Acoustic Artz. Vocal and guitar layers were recorded at the Studio Hotbox by Rafa.
Ranjan and Aldnane sent their final recorded guitar and bass tracks from abroad. Finally, all these were mixed and mastered at the Studio Hotbox by Rafa again. We hope our loving fans will appreciate all these collaborative efforts through loving the song and music video."
The song's lyrics were written by founding member, lyricist and guitarist of the band Asif Asgar Ranjan. The music video is being produced by GP Music.
The music video is directed and edited by Marib Alam while the cinematography is done by Tahsin Rahman. Actors Tabassum Borno and Baizid Joaeder have been the two central characters in this music video.