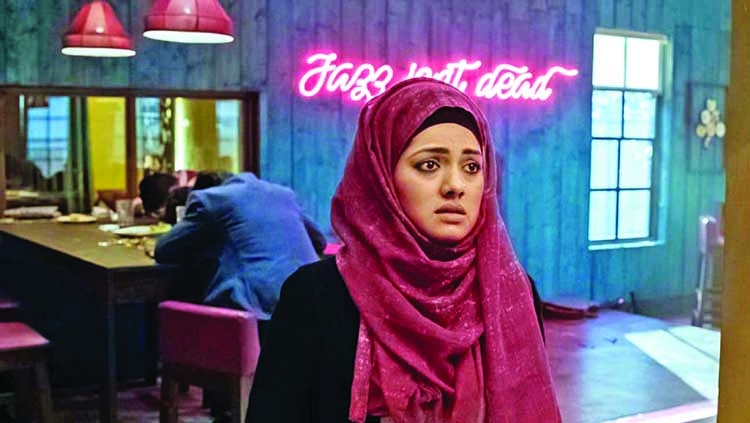 A still from 'Shonibar Bikel'. -Collected
Mostofa Sarwar Farooki's unreleased film 'Shonibar Bikel' is going to participate in the upcoming 2020 Vesoul International Film Festival of Asian Cinema in Paris. The film will complete in the competition section of the festival, which will be held from February 11-18.
'Shonibar Bikel' will be screened on February 15 and 16 at Majestic Cinema Hall in Paris. Besides, a special screening of 'Shonibar Bikel' will be held in Paris on February 27.
'Shonibar Bikel' has been produced by Jaaz Multimedia and Chabial. Anna Katchko of Tandem Productions (Germany) serves as the co-producer. The film stars Zahid Hasan, Nusrat Imrose Tisha, popular Indian actor Parambrata Chatterjee and others.
Earlier, 'Shonibar Bikel' won Russian Federation of Film Critics Jury Prize and the Kommersant Prize in the 41st Moscow International Film Festival in Russia, which was held from April 18 to 25, 2019.
The film was also screened at Dandi Opera Cinema Hall in Sydney. 'It is indeed great news that 'Shonibar Bikel' will be screened in the Vesoul film festival in Paris.
I hope film lovers there will find the film entertaining. Though Bangladesh Film Censor Board earlier banned the film, we have re-appealed for its release,' Mostofa Sarwar Farooki, who along with Nusrat Imrose Tisha will fly for Paris on February 14. Bangladesh Film Censor Board earlier banned the film's release, both at home and abroad, after watching it twice on the grounds that the film will tarnish the country's reputation.
According to an AFP report, the title of the film translates to 'Saturday Afternoon' and dramatizes the July 2016 attack on an up market cafe by extremists, who killed 22 of their hostages, including 18 foreigners.