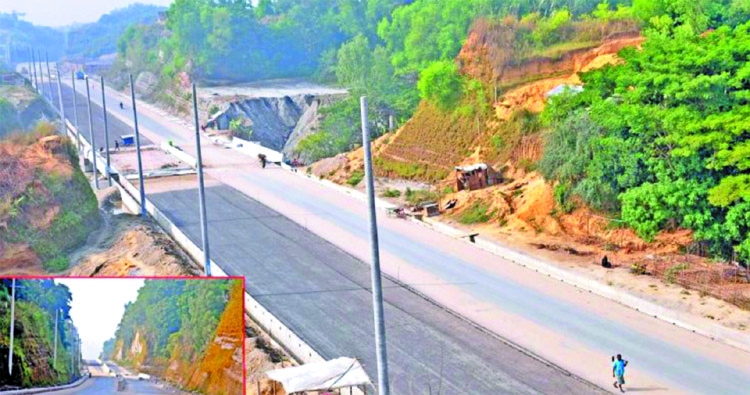 The Department of Environment (DoE) on Wednesday fined a construction firm of the Chattogram Development Authority (CDA) Tk 5.23 crore for illegally cutting hills during construction of a road. Md Moazzem Hossain, regional director of DoE, slapped the fine on Spectra Engineers Limited after a hearing.
He said the CDA contractor cut hills more than they were supposed to. "It damaged biodiversity and endangered public life," he noted.
Earlier, the DoE fined CDA around Tk 10.5 crore on January 29 for the same offence. During Wednesday's hearing, Robiul Alam, manager of the construction project, represented Spectra.  According to the allegation, Spectra, on behalf of CDA, constructed a link road from the Dhaka Trunk Road to Bayezid in the city. At the end of the project, the DoE found evidence of illegal hill cutting.
The DoE said Spectra cut 69,219.702 square feet of hills illegally for implementing the project. The hills were cut at 90 degrees angle and as a result, they are on verge of caving down which may lead to loss of lives and properties.