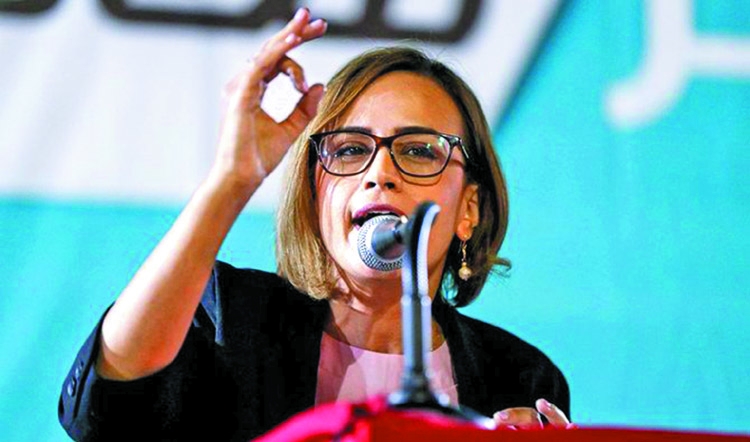 MK Heba Yazbak
The Israeli High Court ruled on Feb 9 that Heba Yazbak, a member of Knesset (MK), will be allowed to run in the March 2 Israeli elections despite an overwhelming vote in Knesset calling for her disqualification.
Head of the Joint Arab List Ayman Odeh praised the Supreme Court's ruling, saying that efforts to incite against Arabs have crashed. "The campaign of political incitement of the extreme right crashed before the realities of the law," Odeh said. "Anyone who supported disqualifying her should be ashamed.
MK Yazbak will continue in the next Knesset fighting for peace, equality and democracy for all." Salwa Hdeeb, a member of the Fatah central committee, told Arab News that Israel tries to gag Palestinian voices in general, and especially voices within Knesset.  "Heba Yazbak has an audience and is popular because she is able to touch people with her strong legal knowledge.
---AFP, Jerusalem