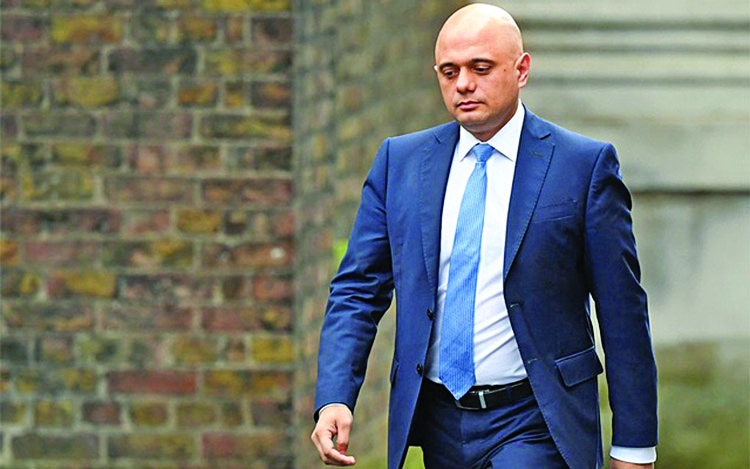 Sajid Javid has shocked Westminster by quitting as chancellor in the middle of Boris Johnson's cabinet reshuffle.
Javid rejected the prime minster's order to fire his team of aides, saying "no self-respecting minister" could accept such a condition.
He has been replaced as chancellor by Chief Secretary to the Treasury Rishi Sunak - who just seven months ago was a junior housing minister. Mr Javid had been due to deliver his first Budget in four weeks' time. The former home secretary was appointed chancellor by Johnson when he became prime minister in July.
His resignation follows rumors of tensions between Javid and the prime minister's senior adviser Dominic Cummings. Javid said his advisers had worked "incredibly hard" and he could not agree to them being replaced. "I felt I was left with no option but to resign," he said, adding that Mr Sunak and the rest of the government retained his "full support".
In his resignation letter, Javid explained that he could not accept the PM's conditions saying: "I believe it is important as leaders to have trusted teams that reflect the character and integrity that you would wish to be associated with." Downing Street said there would now be a joint team of economic advisers for both the chancellor and prime minister.
In other reshuffle moves:    Former Brexit Secretary Stephen Barclay becomes chief
secretary to the Treasury.
Paymaster General Oliver Dowden is culture secretary, replacing Baroness Morgan.Northern Ireland Secretary Julian Smith has been replaced by Home Office Minister Brandon Lewis Amanda Milling replaces James Cleverly as minister without portfolio and the Conservative Party chairman.
Business Secretary Andrea Leadsom and Housing Minister Esther McVey are out of government. Environment Secretary Theresa Villiers is sacked and replaced by George Eustice, who resigned as a minister last year over Theresa May's Brexit plans.
Attorney General Geoffrey Cox was asked to resign by the PM. He is replaced by former Brexit Minister Suella Braverman. International Development Secretary Alok Sharma has been appointed business secretary and minister for the upcoming climate conference COP26, in Glasgow.
He is being replaced at the international development department by Armed Forces minister Anne-Marie Trevelyan.There is a return to government for former Defence Secretary Penny Mordaunt, who becomes paymaster general. Meanwhile, Cleverly is made a joint minister in the Foreign Office and Department for International Development.
Cabinet members remaining in place include Home Secretary Priti Patel; Foreign Secretary Dominic Raab; Cabinet Office minister Michael Gove; Health Secretary Matt Hancock; International Trade Secretary Liz Truss; Transport Secretary Grant Shapps; Defence Secretary Ben Wallace; Leader of the House Jacob Rees-Mogg; and Chief Whip Mark Spencer.
Johnson is expected to appoint a new minister to oversee the building of the HS2 rail line, final approval for which was given this week.