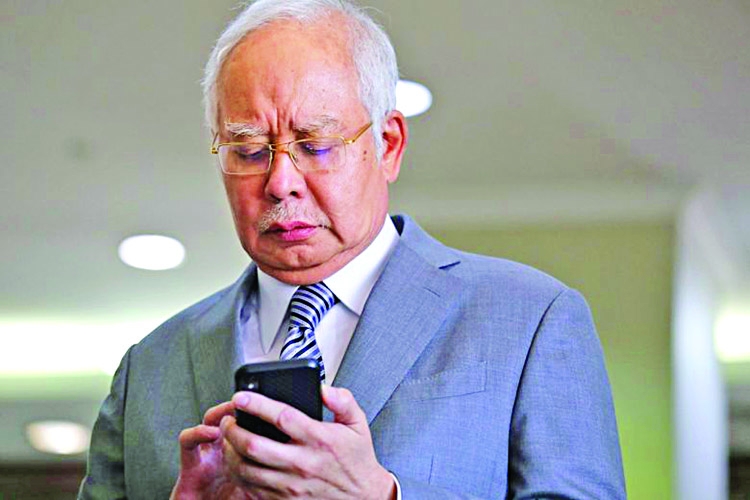 Malaysia's former foreign minister Anifah Aman testified in court on Thursday that the late Saudi King Abdullah Abdulaziz Al Saud had offered a private donation to Najib Razak. This happened after an informal meeting King Abdullah had in Riyadh with Malaysian delegates on Jan 11, 2010.
Anifah said after the meeting, Najib sought to clarify with another former minister that King Abdullah had requested the sum be transferred to the former prime minister's personal bank account. Former minister in the prime minister's department Jamil Khir Baharom testified on February 11, reports The Strait Times.
In a statement read out in court, Anifah said: "As we were exiting, the prime minister (Najib) sought clarification from Jamil Khir regarding the confidential dialogue between him and King Abdullah as to whether he was correct in understanding that King Abdullah preferred the financial donation the King was making be transferred to Najib's personal bank account."
The offer, Najib had claimed earlier, was made during a private chat the former premier had with King Abdullah.
Anifah admitted that he was not present during the  private discussions. "It was understood that King Abdullah did not want this contribution of money to be vaguely disbursed and pose problems in their disbursement," he said.
"Putting the money in the personal account of the prime minister would bring about easier controls." While Anifah agreed that a meeting between government officials is considered an official event, he did not see the need to report the donation offer to the Cabinet because "it was a personal donation".
When asked about fugitive Malaysian financier Low Taek Jho, also known as Jho Low, Anifah said he was unaware of Low's influence or ties with the Saudi royals.
Najib had previously testified in court that Low was "a conduit of the (Saudi) royal family" and had set up the former premier's meetings with King Abdullah.
Anifah told the court that as a testament of the close friendship between King Abdullah and Najib, the King offered the former premier stallions after Najib sang praises of paintings depicting Arab stallions.
"Such an offer clearly was a manifestation of the close relations between Saudi Arabia and Malaysia," Anifah said.
Earlier this week, Datuk Seri Jamil Khir said it was Najib who had requested the donation from Saudi Arabia, with the item listed in the meeting's discussion points.
When probed by prosecutor V Sithambaram if Malaysia had asked for donations or if it was Saudi Arabia which offered it, Jamil Khir said: "What we know is that it was an application."
Najib is facing seven charges - three for criminal breach of trust, one for abuse of power and three for money laundering involving SRC International funds totaling RM42 million.