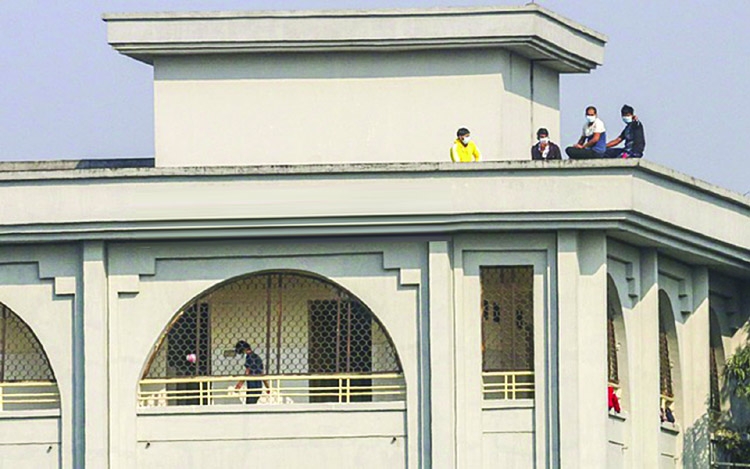 The 312 Bangladeshi nationals who were evacuated from China's Wuhan, the epicenter of a novel coronavirus outbreak, will return to their homes at the end of a 14-day quarantine on Saturday, Health Minister Md Zahid Malik has said. He made the remarks during an event in Dhaka on Thursday.
"They will complete two weeks of quarantine on Feb 14. We'll allow them to go home on the 15th following some tests. All of them are doing well. There are no issues."
The novel coronavirus was first detected in China's Hubei province in December last year. It has since infected thousands of people, spreading to over 25 countries globally. The Chinese government locked down Wuhan and other parts of Hubei province as the fatalities from the infection continued to rise, prompting the World Health Organisation to declare the outbreak a global health emergency.
Hundreds of Bangladeshi students and researchers were stranded in Wuhan in the process. The government subsequently brought back 312 of its citizens from the locked down city in a special flight on Feb 1. On their return, eight of the evacuees were sent to two hospitals with fever while the others underwent quarantine at Ashkona Hajj Camp for 14 days, the incubation period for the virus.
While staying at the camp, 11 returnees were sent to the Combined Military Hospital due to poor health. However, none of the Wuhan returnees were found to be infected with the coronavirus, said Institute of Epidemiology, Disease Control and Research (IEDCR).
The health minister urged people to refrain from spreading rumors or panic over the coronavirus. "We've learned about one or two such cases. No one in Bangladesh was found to have the infection till date. One man has been admitted to a hospital in Rangpur.
People can be admitted to hospital for many reasons. We should not put it down to them being infected by the virus unless it is confirmed," said Zahid. There is no vaccine available for the deadly disease as of now. It mostly affects the elderly and small children.