'No release of Khaleda on parole without logical ground' 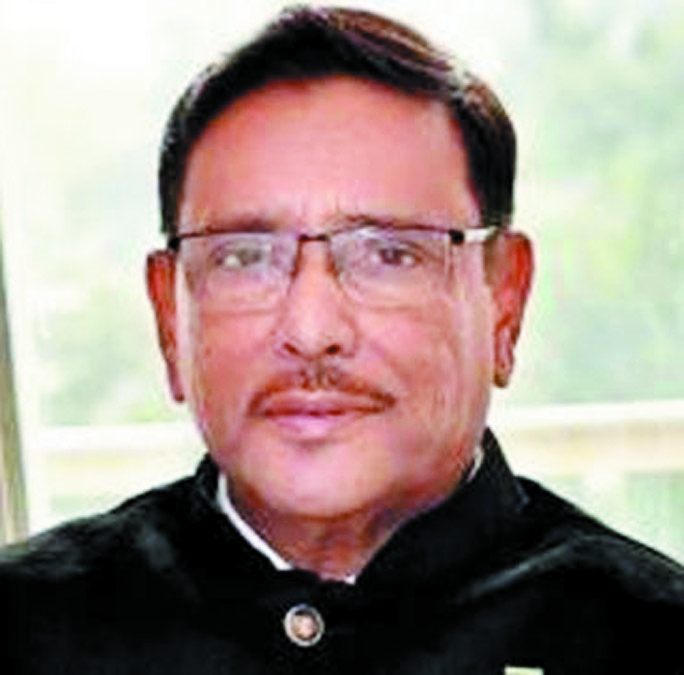 Awami League General Secretary Obaidul Quader has said the government cannot consider releasing BNP Chairperson Begum Khaleda Zia on parole without any logical ground.
He made the remark while addressing the inaugural session of the triennial council of Gopalganj's Tungipara unit of Awami League at Upazila Parishad on Thursday. Quader, also the road transport and bridges minister said, "None so far has applied to the Home Ministry for Khaleda Zia's release on parole. Even, if they  apply, it should have a logical ground."
Quader said BNP claims family members of Begum Zia have applied in various ways for her release on parole but the Home Ministry did not get any application. "BNP makes application on television screen" not in reality, he added.
Pointing to BNP Secretary General Mirza Fakhrul Islam Alamgir, the AL general secretary said like BNP, Awami League does not do politics of vengeance. About Khaleda's illness, Quader said BNP leaders are making misleading accounts of Khaleda's illness which are contradictory to physicians' opinions.
The minister said BNP leaders are not anxious about Khaleda's physical condition rather they are doing politics with it.Quader said neither Awami League nor the government sent Begum Zia to jail.
Khaleda has been in jail after being convicted in the case filed during the last caretaker government, he said adding that the case is not a political one rather a graft case.