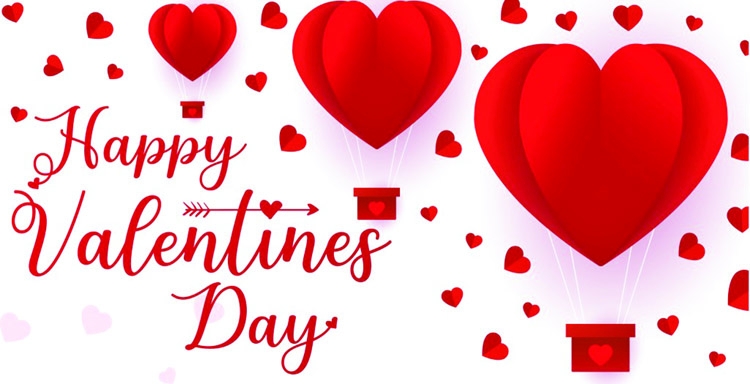 Valentine's Day is celebrated all over the world including Bangladesh on 14 February. This day is widely popular with young people in all countries though it has a universal appeal for men and women of all ages. Television channels, newspapers,  magazines, online news portals carry out comprehensive coverage on Valentine's Day throughout the globe. People convey romantic greetings to their beloveds on this day.
Valentine's Day holds special attractions for married as well as unmarried couples who are in love with each other. People are found having fun on this day by visiting parks, restaurants, clubs and holding parties for pleasure and romance. Gifts are also exchanged between lovebirds on this occasion.
Valentine's Day was first introduced in Bangladesh by veteran journalist and weekly Jay Jay Din's editor Shafik Rehman during 1993. Since then people across Bangladesh have been marking 14th February with spontaneous delight.
In the present times social networks have added a new dimension to Valentine's Day. People upload pictures, stories and amorous feelings on facebook, Instagram, twitter and other virtual media to show the way they mark this event.
However, some radical political outfits and religious bigots vehemently oppose Valentine's Day in Bangladesh. For example Hefazat-E-Islam is one of the extremist political fronts in Bangladesh who always denounce Valentine's Day. Still, lots of people including youths pour out their hearts to their lovers on this day defying all barriers.
To glance back by several centuries, in 270 AD there was a priest named St. Valentino in Rome. During those years, wedding was prohibited for Roman soldiers. The Roman Emperor thought married soldiers would miss their wives and children when they leave for battlefields and thus would not concentrate on fighting. Most of the soldiers silently obeyed the rule but some troops were deeply in love. It was a painful thing for them to go to war leaving behind their beloveds.
Some of them secretly approached St. Valentino with their lovers they loved and Valentino used to bless them into wedlock. All that happened in a very confidential way because that was a direct violation of the Emperor's orders. Nevertheless, it didn't remain hidden for long. When Roman Emperor Claudius came to know his soldiers were getting married with the help of a priest, he immediately ordered to get St. Valentino arrested. St. Valentino was brought to the royal court of Emperor Claudius. St. Valentino boldly confessed to the secret weddings he had carried out for the Roman soldiers as a result of which he was imprisoned by the Emperor. Finally, the Emperor ordered St. Valentino's execution. St. Valentino was beheaded during February 270 AD. Most of the historians believe his execution date was 14th February.
Today Valentine's Day is observed by lovers across the globe to commemorate the noble and magnificent sacrifice by St. Valentino, though most of the youths don't know the truth behind this occasion in the present world.
--Iffat Ara Munia, AA