Shopkeeper lands in jail for ‘raping’ girl in Sirajganj 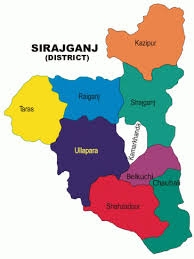 A court on Thursday sent a shopkeeper to jail in a case filed over the rape of a physically-challenged girl in Paikosho area of Kamarkhand upazila on Sunday.
The accused is Sultan Mahmud, 55, of the area.
Habibul Islam, officer-in-charge of Kamarkhand Police Station, said Mahmud allured the girl to his house while she was playing at her courtyard and raped her there.
Going back home, the victim informed the incident to her parents, he added.
The local influential tried to resolve the incident but the victim’s father filed a case on Wednesday.
Police arrested Mahmud that day and the court sent him to jail on Thursday.