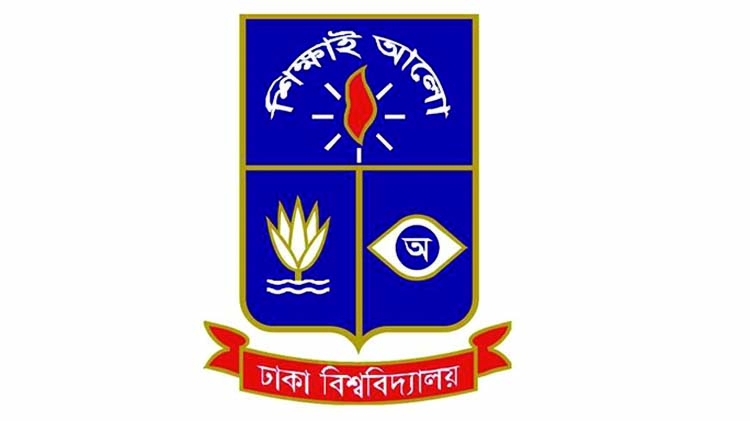 Residential students of Dhaka University's Muktijoddha Ziaur Rahman hall have staged a demonstration yesterday demanding the resignation of hall Provost Prof. Zia Rahman. At one stage, when Prof. Zia Rahman has appeared there, the angry students chanted at him - "fraud".
He was unable to enter the Provost office as the protesters locked it down earlier. The agitating students also burned an effigy of Provost Zia Rahman.One of the protester said, "The t-shirts which were provided at the annual sports competition of our dorm were low standard. Besides, the provided snacks was also very low quality. This creates anger among the students."
Earlier in the morning when the annual sports competition of Muktijoddha Ziaur Rahman hall was about to start, 4-5 bike from Zia hall arrived at the central playground and asked the officials to stop the competition, said an eyewitness.
Hasibul Hasan Shanto, general secretary of Ziaur Rahman Hall students union, said, "T-shirt that was shown earlier in the annual sports competition, were not given to the students. The quality of provided food was also below standard. Moreover, the hall staff occupies around ten rooms where the students of our hall are living in mass-rooms without getting any accommodation."
''We are facing problem with our reading room from quite a long time. We repeatedly informed the Provost but he did not take any action," added Shanto."We are so deprived today of honoring him as a teacher, that we cannot do anything for the general students. He took money from the students in name of various development fees.
Even his personal expenses are taken from the funds of the hall union," said Md Ali Hasan, member of Muktijoddha Ziaur Rahman Hall union.No comment was found from Muktijuddha Ziaur Rahman Hall Provost Prof Ziaur Rahman regardinguhis matter.