One killed in Jamalpur road accident 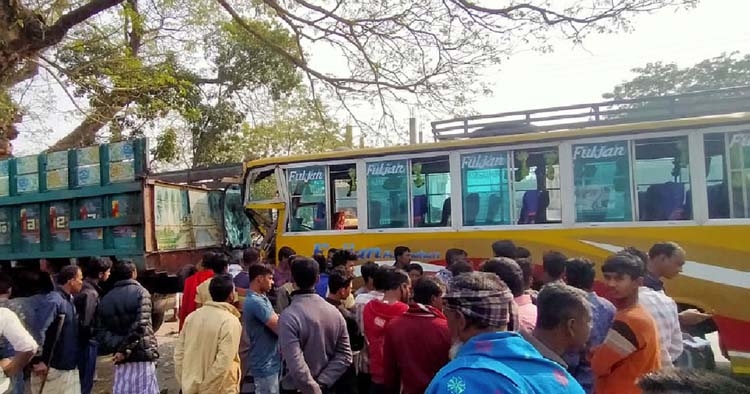 People gather at the spot in Jamalpur where a road mishap took place killing one person. -AA
A person was killed and two others were injured in a road mishap in Islampur Upazila of Jamalpur district on Friday morning. The deceased was identified as Delu Miah,35, son of Shamsul Miah at village Kharma Bazar in Dewanganj Upazila of the district, reports BSS.
Police said the accident occurred when a bicycle collided head-on with a motorcycle at around 11.30 am this morning. Delu Miah was rushed to Islampur Health complex, where the attending doctors declared him dead. Critically injured Sundar Ali and Zamil were sent Mymensingh Medical College Hospital. A case was filed with Islampur police station in this connection.