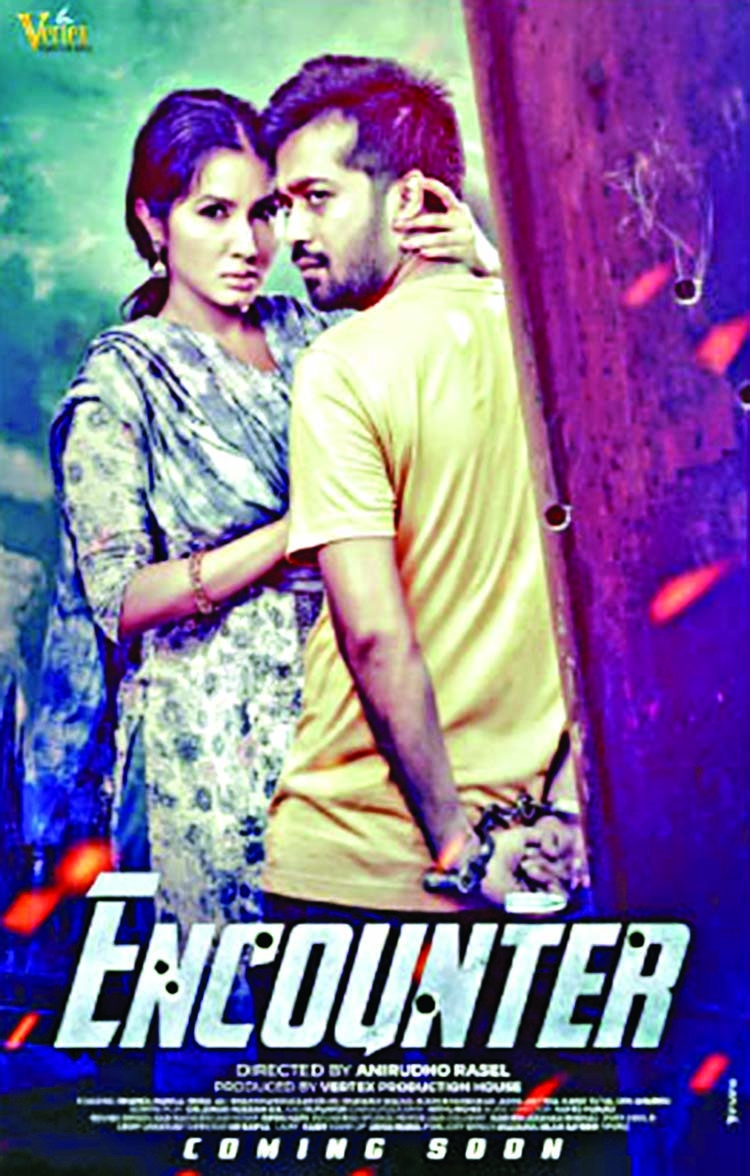 The first look poster of the upcoming film 'Encounter' is now out. Starring popular actor Shamol Mawla and lustrous model-actress Shiba Ali Khan in the lead roles, the film has been directed by Anirudho Russel.
In the first look poster, Shamol is seen handcuffed while Shiba is standing intimately at his side. Shielding each other in a hostile situation, they are alert and ready for what next to come. Produced by Vertex Production House, director Russel himself has written the story of the film while the script and dialogue are jointly written by Hossain Dil and Rupantor.
Centered on the drugs and addiction in the current society, Shamol portrays the role of Siam, who does all the dirty work for drug baron Haldi Makhon in the film. The film also casts Shatabdi Wadud, Kochi Khandokar, Sadia Tajnin and Kabir Tutul in different roles. With an aim to release the film in coming April, the trailer of 'Encounter' will be released soon, the director informed.