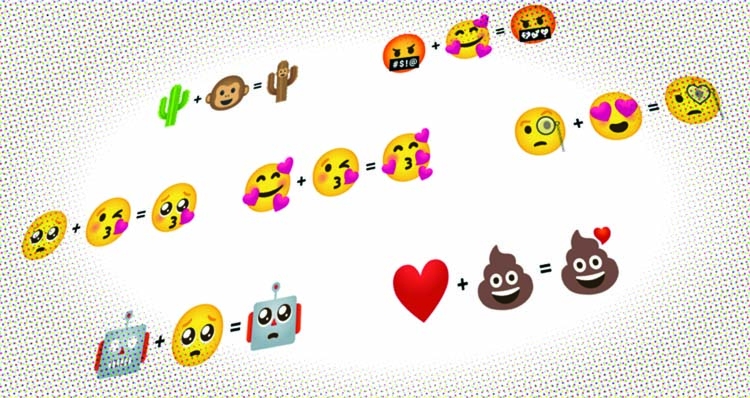 Google introduced a fantastic emoji mashup exclusive for Android to Gboard recently. Users can now enjoy the vast collection of emoji from a ghost cowboy to any other emotion at your choice for your preferred emoji.
The options are endless thanks to such an upgrade. Also, Google brought a few extra features, with a collection of stickers that mix two existing emoji to make one with a much more appeal and a certain vibe.
The upgrade has been dubbed "Emoji Kitchen" by Google and is perfect for the moments when you feel both as a monkey and a ghost, Well, now you can experience any of your feelings whenever you want. We can never get tired of emoji. They're that part of our lives, especially when a laugh means more if we use a cute little yellow face.
The idea of emoji mashups has been present for some time, thanks to the fantastic Emoji Mashup Bot Twitter page, which launched a free iMessage sticker pack back in 2019. The downloads were available for WhatsApp, Gboard, and Telegram. They were also Android-exclusive. What appears different here is that Google's emoji mashups have been developed by hand rather than being automatically produced by a bot.
They're also much seamlessly blended. Google explained that you could choose to tap on any emoji, and Gboard will pop-up and show you some of the best mashups based on your choice. Depending on what you'll pick, your mixed emoji will be automatically saved, so it will be easy for you next time when you want to use it again.
Google also announced a Gboard Beta program if you want to enjoy quicker the Emoji Kitchen. However, the feature should be included in all your favorite apps, such as Messenger, WhatsApp, Snapchat, Messages by Google, Telegram, and Gmail.