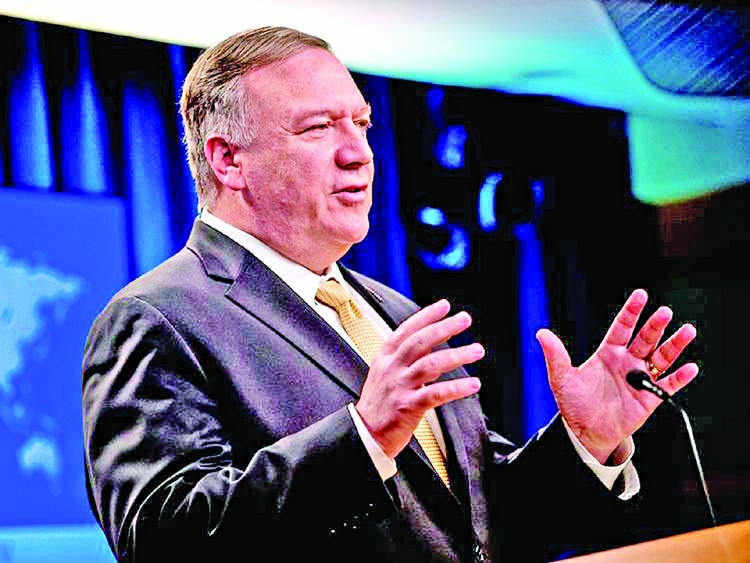 US Secretary of State Mike Pompeo
US Secretary of State Mike Pompeo will make his first trip to sub-Saharan Africa, the State Department said Wednesday, putting a focus on a continent rarely prioritized by the Trump administration. The State Department said that Pompeo will travel to Senegal, Angola and Ethiopia from February 15 to 19, meeting the leaders of all three countries.
He will start in Dakar where he will discuss "how to deepen our strong security and economic partnership" with President Macky Sall, State Department spokeswoman Morgan Ortagus said. In Angola, he will offer support to democratization and anti-corruption efforts that have gathered steam since strongman Jose Eduardo dos Santos exited power in 2017.
And in Ethiopia, Pompeo will "support Ethiopia's historic political and economic reform agenda" in talks with Prime Minister Abiy Ahmed, who last year won the Nobel Peace Prize for spearheading domestic change and advancing reconciliation with rival Eritrea.
Pompeo will also hold talks and deliver remarks at the headquarters of the African Union in Addis Ababa. President Donald Trump is not known for his interest in Africa and notoriously was reported to have used a vulgar epithet for African countries when discussing sources of immigrants.
Pompeo's trip comes exactly two years after his predecessor, Rex Tillerson, paid a five-nation visit to Africa. Trump fired him on his return home, with the White House saying Tillerson learned the news while on the toilet after catching a stomach bug in Africa.
Pompeo, a stalwart ally of Trump, will head after Africa to close ally Saudi Arabia for talks in the wake of a US-ordered strike that killed Qasem Soleimani, a top general of the kingdom's regional rival Iran.
He will also stop in Oman to meet the new sultan, Haitham bin Tariq, and offer condolences over the death of his predecessor Qaboos, who was the Arab world's longest-serving leader and served as a go-between for Iran and the United States. Before the Africa trip, Pompeo will take part in the annual Munich Security Conference.