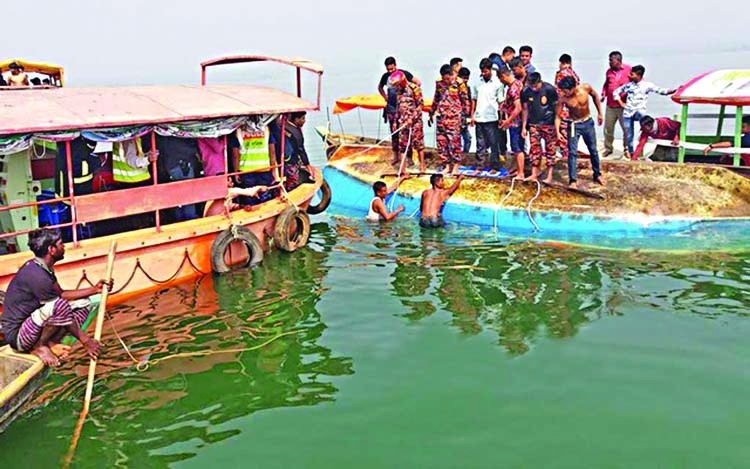 A tourist boat sank in the Kaptai Lake in Rangamati on Friday morning drowning five people. -Agency
Five people have drowned after a tourist boat sank on Kaptai Lake in Rangamati.The engine-run boat was heading towards Shuvolong from the DC Bungalow area on Friday morning when disaster struck, said police.
The identities of the dead could not be known immediately but it is believed that they were all employees of Pacific Jeans Garments in Chattogram. The bodies have been brought to Rangamati General Hospital, said its resident physician Shawkat Akbar.
Rangamati's Additional Superintendent of Police Sufi Ullah also confirmed the matter to bdnews24.com. In a separate incident, a picnic boat of the International Society for Krishna Consciousness capsized on the Karnaphuli River in Kaptai Upazila on Friday.
About 50 passengers of the boat were pulled to safety after the incident but three people have been reported missing. They are 'Binoy', 5, Tumpa Majumdar, 30, and 'Deblila', 10."We've come to know that three people are missing in a separate incident in Kaptai. The local administration is working on rescuing them," said ASP Sufi.