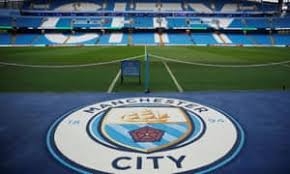 Manchester City have been banned from European club competition for the next two seasons after being found to have committed "serious breaches" of Uefa's club licensing and financial fair play regulations.
The reigning Premier League champions have also been fined 30m euros (£25m).
The decision is subject to appeal to the Court of Arbitration for Sport.
Manchester City say they are "disappointed but not surprised" by the "prejudicial" decision and will appeal.
The independent Adjudicatory Chamber of the Club Financial Control Body (CFCB) said City had broken the rules by "overstating its sponsorship revenue in its accounts and in the break-even information submitted to Uefa between 2012 and 2016", adding that the club "failed to cooperate in the investigation".
It has been reported that City could also face a Premier League points deduction because the league's FFP rules are similar - although not exactly the same - as Uefa's.
However, the punishment has no implications for City's women's team.
Manchester City said in a statement: "The club has always anticipated the ultimate need to seek out an independent body and process to impartially consider the comprehensive body of irrefutable evidence in support of its position.
"In December 2018, the Uefa chief investigator publicly previewed the outcome and sanction he intended to be delivered to Manchester City, before any investigation had even begun.
"The subsequent flawed and consistently leaked Uefa process he oversaw has meant that there was little doubt in the result that he would deliver. The club has formally complained to the Uefa disciplinary body, a complaint which was validated by a CAS ruling.
"Simply put, this is a case initiated by Uefa, prosecuted by Uefa and judged by Uefa. With this prejudicial process now over, the club will pursue an impartial judgment as quickly as possible and will therefore, in the first instance, commence proceedings with the Court of Arbitration for Sport at the earliest opportunity."
City have been drawn to face Real Madrid in the last 16 of this season's Champions League, with the first leg to be played on 26 February at the Bernabeu.
La Liga President Javier Tebas praised Uefa for "finally taking decisive action".
"Enforcing the rules of financial fair play and punishing financial doping is essential for the future of football," he said.
"For years we have been calling for severe action against Manchester City and Paris Saint-Germain, we finally have a good example of action and hope to see more. Better late than never."
What are City alleged to have done?
Uefa launched an investigation after German newspaper Der Spiegel published leaked documents in November 2018 alleging City had inflated the value of a sponsorship deal, misleading European football's governing body.
Reports alleged City - who have always denied wrongdoing - deliberately misled Uefa so they could meet FFP rules requiring clubs to break even.
City were fined £49m in 2014 for a previous breach of regulations.
What are the FFP rules?
Financial Fair Play was introduced by Uefa to prevent clubs in its competitions from spending beyond their means and stamp out what its then president Michel Platini called "financial doping" within football.
Under the rules, financial losses are limited and clubs are also obliged to meet all their transfer and employee payment commitments at all times.
Clubs need to balance football-related expenditure - transfers and wages - with television and ticket income, plus revenues raised by their commercial departments. Money spent on stadiums, training facilities, youth development or community projects is exempt.
The CFCB, set up by Uefa, has the ultimate sanction of banning clubs from Uefa competitions, with other potential punishments including warnings, fines, withholding prize money, transfer bans, points deductions, a ban on registration of new players and a restriction on the number of players who can be registered for Uefa competitions.