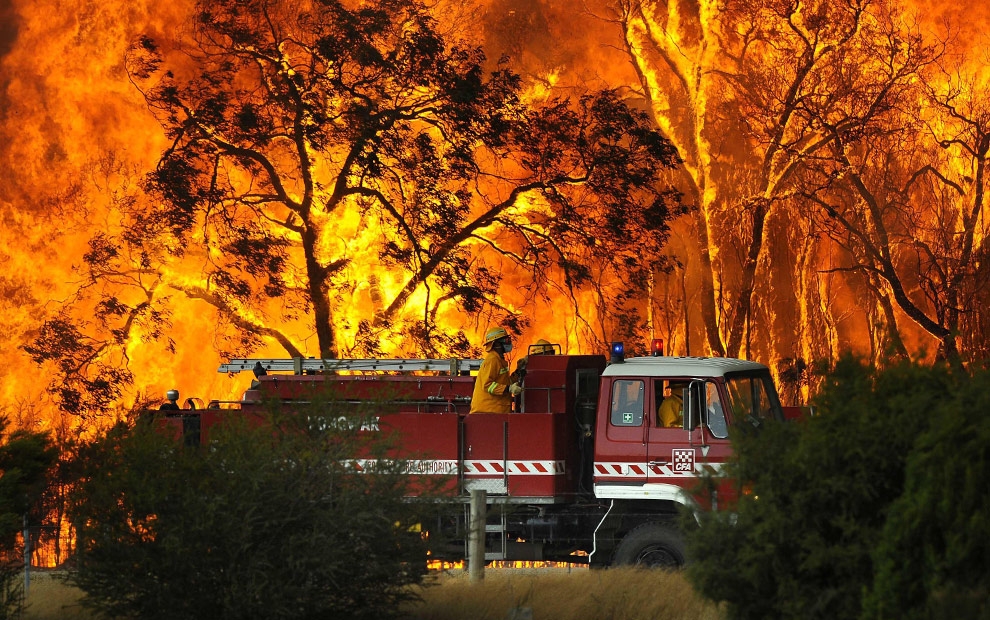 Australia’s “black summer” of devastating bushfires is finally coming to a close, but bitter arguments over how to tackle climate-fuelled disasters are raging on.
When firefighters announced this week that all blazes in the hard-hit state of New South Wales were under control for the first time since September, the relief was palpable.
In other regions, a few fires are still being contained, but most Australians can finally abandon the grim rituals of the last half-year – morning checks of smog monitors and “Fires Near Me” apps, deciding whether the kids can play outside, whether to flee or defend their homes.
But the after-effects will endure, and national soul searching has already begun.
“We know events like these can challenge the way we think about the world, undermine our perceptions of safety, and rupture social bonds,” said disaster response expert Erin Smith.
Dozens of families have lost loved ones, thousands of homes and farms have been gutted, swathes of the east coast are scarred charcoal-black and millions have had their sense of security shaken.
“It will likely take years and a great deal of imagination for us to figure out where we go from here,” said Smith.
The question of what is next for Australia is already being asked, most of all of political leaders, and it is being met mostly with finger-pointing and recrimination.
While scientists agree climate change created favourable conditions for the blazes, politicians of all stripes are acutely aware how sensitive the issue is in Australian politics.
In an arid nation whose economic strength is intimately tied to the mining and export of fossil fuels, at least four prime ministers have been ousted in part over their climate policies.
In recent weeks, Prime Minister Scott Morrison has seen his ruling conservative coalition threatened by members in rural constituencies demanding funding for more coal-fired power plants.
At the same time, the centrist wing of his party has criticised his climate targets as inadequate.
Meanwhile rebel members of opposition Labor met secretly to steer the centre-left party’s leadership toward a more overtly pro-coal stance.
The party’s deputy leader awkwardly refused to rule out more coal subsidies, months after vowing they should end.
“They don’t want to stick their heads above the parapet, at least when it comes to suggesting substantive policy,” said Matt McDonald, an expert in climate politics from the University of Queensland.
One reason, he explained, is that while the hot and dry Australian continent is uniquely susceptible to the impact of climate change, it is also a world-beating source of coal.
Coal accounts for around 75 per cent of Australia’s electricity generation and exports of the fossil fuel are worth A$60 billion a year, the country’s largest export after iron ore.
People in affluent suburbs may call for emissions cuts and green energy, but coal accounts for thousands of jobs in election-deciding districts of Queensland and New South Wales, and many more in the related aluminium smelting business.
Independent MP Zali Steggall – a former barrister and Olympic medal-winning skier – who ousted climate-sceptic former prime minister Tony Abbott from his Sydney seat at the last election, wants to take some heat out of the debate.
She has introduced a bill that would reduce Australia’s carbon emissions to zero by 2050 and divert some contentious issues to an independent expert body.
“The debate has been very divisive,” in part because of the blame game, Steggall told AFP. “There was a certain defensiveness in the early days of this debate because the finger was so squarely pointed at coal and fossil fuels.”
“You have to think about a generation that worked really hard at building Australia’s prosperity on fossil fuels. You have to be very careful in the debate about apportioning blame. It’s not like it was done on purpose.”
“It’s about recognising and being thankful for that contribution, but acknowledging that we do need to evolve,” s
he added. “We’re all going to get there in the end.”
With bushfires projected to get ever more deadly and the next season a little over six months away, the risk, Steggall says, is that politicians take so long to reach consensus “it will be too late to do anything.” - AFP