Have you ever heard someone say, "do you have WiFi?" Probably quite often and some of you may have presumed that the terms "WiFi" and "the internet" meant the same thing. They are connected, but they are not exactly the same thing.

What is WiFi?
WiFi (or Wi-Fi) is short for Wireless Fidelity. WiFi is a wireless networking technology that allows computers, some mobile phones, iPads, game consoles and other devices to communicate over a wireless signal.
Much the same way a radio can tune into a radio station signal over the airwaves, your device can pick up a signal that connects it to the internet through the air. As a matter of fact, a WiFi signal is a high-frequency radio signal.
And just the same way that the frequency of a radio station is regulated, the standards for WiFi are as well. All the electronic components that make up a wireless network (i.e. your device, the router and etc) are based on one of the 802.11 standards that were set by the Institute of Electrical and Electronics Engineers and the WiFi Alliance.
The WiFi alliance was the people who trademarked the name WiFi and promoted the technology. The technology is also referred to as WLAN, which is short for wireless local area network. However, WiFi has definitely become the more popular expression used by people.

How does WiFi work?
The router is the key piece of equipment in a wireless network.Only the router is physically connected to the internet by an Ethernet cable. The router then broadcasts the high-frequency radio signal, which carries data to and from the internet.
The adapter in whichever device you are using both picks up and read the signal from the router, and also send data back to your router and onto the internet.These are called upstream and downstream activity.

So who invented WiFi?
After explaining how there are several components that make WiFi, you can see how naming a single inventor would be difficult.
First, let's take a look at the history of the 802.11 standards (radio frequency) used for broadcasting a WiFi signal. Secondly, we have to look at the electronic equipment involved in sending and receiving a WiFi signal. Not surprisingly, there are many patents connected with WiFi technology, though one important patent stands out.
Vic Hayes has been called the "father of Wi-Fi" because he chaired the IEEE committee that created the 802.11 standards in 1997. Before the public even heard of WiFi, Hayes established the standards that would make WiFi feasible. The 802.11 standard was established in 1997. Subsequently, improvements to the network bandwidth were added to the 802.11 standards. These include 802.11a, 802.11b, 802.11g, 802.11n, and more.
That's what the appended letters represent. As a consumer, you should know that the latest version is the best version in terms of performance and is the version you would want all your new equipment to be compatible with.
o    Paving the Airwaves for Wi-Fi, Business Week 2003
o    Definition: 802.11

Mary Bellis has been writing
about inventors since 1997. 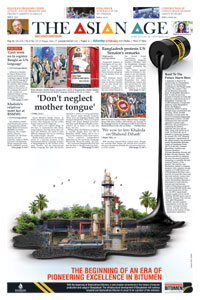